The State of a Paranoid Government: Malaysia’s Freedom in Jeopardy 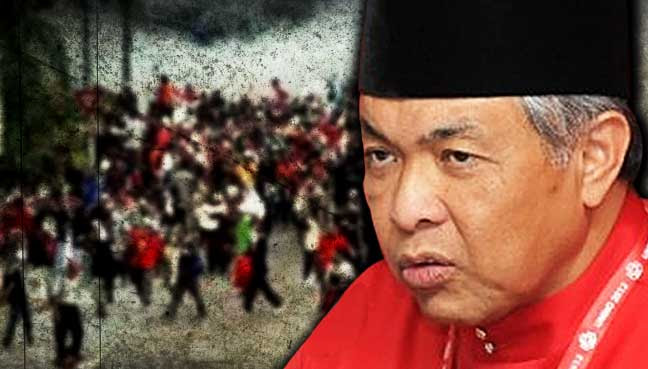 DPM Zahid Hamid, that’s what happens when you lose your legitimacy to govern; people power takes hold. Civil society organizations are formed, and citizens take to the streets to protest. Then you stifle and intimidate them, and the people react and the whole situation repeats itself in a vicious circle of repression, reaction and suppression.

Governing for all its complexities is,  in fact, simple if you genuinely want to serve people. But not, if you are incompetent and corrupt. Our leaders like you never learn the lessons of history, and that is people power triumphs in the end.–Din Merican

The government has set up a task force to monitor and investigate movements which are seeking to “overthrow the government”, says UMNO Acting Deputy President Ahmad Zahid Hamidi.

In his winding up speech at the 70th Umno general assembly, Zahid, who is also home minister, said the task force comprised the police, Malaysian Anti-Corruption Commission, Bank Negara Malaysia and the Attorney-General’s Chambers.

“Let the task force do its job independently. If they find solid evidence, then action will be taken,” he said.

Zahid claimed there were some organizations here which had been been influenced by the idea of what he called “the Color Movement”, which, he said, was being pushed by an institution known as the Center for Applied Non-Violent Action Strategies (Canvas).

The Color Movement, he said, wanted to accomplish revolutions without violence by training, planning and developing strategies to oust democratically-elected governments. 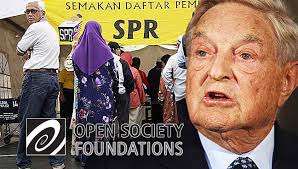 He said the Color Movement was a concept founded by Gene Sharp through the Albert Einstein Institute, which, he added, received funds from the National Endowment for Democracy, International Republic Institute , George Soros Foundation and the Open Society Foundations (OSF).

In recent years, Zahid claimed, Color Movement activities had been carried out in Ukraine, Lebanon, Iraq and Kuwait, among other countries.

“In Malaysia, some organisations have been found to be influenced by the idea of the Color Movement, too, including Suaram, BERSIH, Bar Council, Malaysiakini and Sarawak Report,” he claimed.

According to a report in the South China Morning Post (SCMP) published on Nov 3, civil society organisations in Malaysia had received funds from OSF in recent years.

This was confirmed by the OSF in their response to queries from the Hong Kong-based publication.

OSF had also admitted to providing small grants to election reform coalition BERSIH shortly after it was formed in 2011 but said it did not currently support the group.

“The Open Society Foundations support justice, accountability and democratic practice around the world, and in Malaysia our grant-making to civil society includes efforts to promote public health, foster fair migration policies and encourage the civic and political participation of all Malaysian citizens,” OSF was quoted as saying in an email reply to SCMP.

2 thoughts on “The State of a Paranoid Government: Malaysia’s Freedom in Jeopardy”