A reconciliation between Anwar and Mahathir can ignite the spark needed to address the opposition’s biggest weakness: political lethargy and incoherence.

For those of us whose exposure to Malaysian politics began in 1998, yesterday’s handshake between Mahathir Mohamad and Anwar Ibrahim was surreal and, of course, historic.

Eighteen years ago, the forty-something among us today had just graduated into a volatile economy, only to find ourselves thrust into the streets every Saturday afternoon punching the air and shouting slogans demanding Mahathir’s resignation.

Young adults of that era would have moved on today, getting busy with bread and butter issues and probably having to deal with protests by their young ones that would now and then flare up at home.

Yet, most will agree that the 1998-1999 period was the best of times and the worst of times for Malaysia.

It was during this period that Kuala Lumpur witnessed some of the largest anti-government rallies in its history, and they came at a time when it was taboo to even mention the idea of toppling Mahathir, someone who had given himself the image of the Great Leader.

A rare explosion of opposition rallied under one leader armed with his charisma and singled out another leader as the source of all of the country’s ills. It struck a chord that has kept playing for 18 years, during which time Anwar and Mahathir proved themselves to be the two toughest nuts in Malaysian politics.

Giving credit where it’s due, Anwar with his countless charges and court appearances, and now serving a second imprisonment, has remained committed to his cause. And it doesn’t matter that he has a personal ambition to be prime minister or that he has shown incorrigible optimism in an opposition force that has repeatedly proven to be dysfunctional if not in disarray.

Mahathir, on the other hand, has come up from being a symbol of hatred among the Malays for his treatment of Anwar to someone who left office retaining much of the goodwill he gained during Malaysia’s rise as an economic powerhouse in the mid-nineties, when mega structures gave tell-tale signs of an economic bubble waiting to burst.

The institutionalisation of Mahathir in Malaysian politics means that no matter what he does or says, his legacy will be hard to erase.

The present administration knows this too well. It is after all saddled with his legacies, which have become national symbols, whether or not they are failures or successes, Proton being one example and Putrajaya another.

The truth is that Mahathir is not going away easily from the Malaysian conscience. His is a legacy solidly kept within concrete walls, not unlike the time capsule he cleverly planted behind a plaque with his name on it at the Kuala Lumpur Tower. And then there are the many other mega structures that so characterised his rule, all probably containing messages he wrote that a future prime minister may be forced to read out long after his demise.

Now that the two greatest political animals have met and made amends, the question to be asked is: At what price? It is true both are driven by a sense of desperation, but remember that in politics, desperation can be a necessity.

Will the Anwar-Mahathir handshake lead to an explosion of nostalgia from that large segment of the population that is composed of those who have lived much of their lives under their leadership? 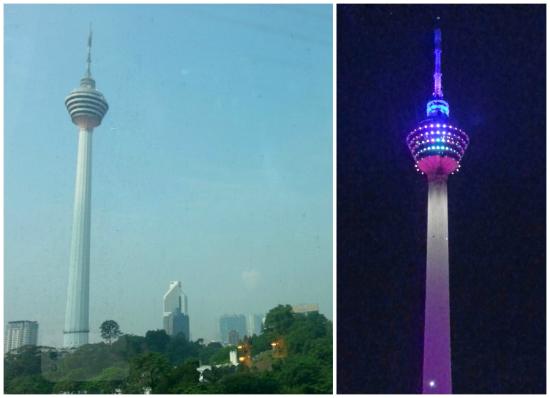 If there is this nostalgia and if a Anwar-Mahathir rapprochement succeeds in exploiting it, it is time for the other camp to be worried and not simply dismiss the two as political has-beens trying to jump start an engine which has rusted.

Nostalgia has worked wonders before, sometimes with dire consequences, of course. Many political movements all over the world have been fueled by remembrances of glorious pasts. For example, the Taliban’s longing for medieval times once took Afghanistan by storm, and Hitler’s drum beating of a great race led to his meteoric rise.

Nostalgia today is replayed again in Europe. Indeed, nowhere was its potential more mistakenly dismissed than when Britons voted in droves to get out of the European Union last June.

It is this type of nostalgia that the Najib administration should be worried about, now that the 91-year-old Mahathir has taken the trouble to see his nemesis.

This is not merely the coming together of two leaders who have fought from opposite poles and stood the test of time, but potentially the ignition of the spark needed to address the opposition’s biggest weakness: political lethargy.

If Najib dismisses the handshake as anything less than it was, it will be to his own peril.