American foreign policy myths are generated in the corridors of power to elicit popular support and lavish congressional funding for the multi-trillion dollar military-industrial-counter-terrorism complex. 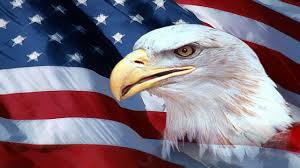 MYTH 1. We actively oppose non-democratic nations. Not only does our foreign policy underwrite a cavalcade of dictatorial-authoritarian regimes, we often prefer them to democratic dispensations. Among other things, in 1953, we overthrew the democratically elected prime minister of Iran, Mohammed Mossadegh, in favor of the dictatorial Mohammed Reza Shah Pahlavi. In 1954, we overthrew Guatemalan President Jacobo Arbenz in favor of genocidal military dictators. In 1965, we intervened militarily in the Dominican Republic to block the restoration to power of democratically elected President Juan Bosch. In 1973, we intervened in Chile to orchestrate the overthrow and killing of democratically elected President Salvador Allende in favor of the murderous dictator Augusto Pinochet. From 1976-1983, we encouraged military dictatorship in Argentina featuring grisly human rights violations at the expense of democracy.

The United States routinely supports dictatorial or oppressive regimes with weapons sales or financial assistance. We have approved approximately $90 billion in weapons sales to the religiously bigoted, misogynistic, anti-democratic, anti-Semitic Saudi Arabian government since 2010 alone. We have also approved billions of dollars in weapons sales to the Persian Gulf statelets of Qatar, the United Arab Emirates, Bahrain, Kuwait, and Oman, all of which exhibit contempt for fundamental human rights.

In 2011, Saudi Arabia dispatched troops to Bahrain to suppress a popular uprising against a tyrannical, sectarian Sunni regime while the Fifth Fleet of the United States Navy stood by. We support the Jordanian monarchy, Egypt’s military dictatorship, an ousted Yemeni dictator, a growing authoritarian government in Turkey, a tribal tyranny in Ethiopia, and a military dictatorship in Thailand.

We support regimes that assist our foreign policy objective of global domination irrespective of their democratic credentials. The basic idea is well illustrated by two quotations. President Franklin Roosevelt reputedly said about Nicaraguan dictator Anastasio Somoza, “He may be a son-of- a-bitch, but he’s our son-of- a-bitch.” And French Prime Minister Georges Clemenceau acerbically remarked about President Woodrow Wilson at the Paris Peace Conference: “He speaks like Jesus Christ, but he acts like [British Prime Minister] Lloyd George.”

MYTH 2. The United States knows how to make countries embrace democracy; and, we will succeed in giving birth to democratic dispensations if we employ sufficient financial or military leverage. The infinitely complex elements of democracy have been mastered by only a handful since the beginning of time. It took the unique mind, scholarship and political experience of James Madison to produce a “Miracle at Philadelphia” in 1787, i.e., the United States Constitution. The British needed six centuries after Magna Charta before monarchy was replaced by responsible government. 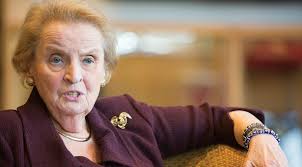 Despite substantial financial or military leverage, we failed to introduce viable democracies or reasonable facsimiles in South Vietnam, the Arab Middle East, Somalia, Libya, South Sudan, Egypt, Afghanistan, Cuba, Haiti, and Azerbaijan, among other nations. We have been unable to prevent the loss of Turkey’s democratic trappings.

Democracy in post-World War II Germany and Japan do not disprove the myth. Prior to World War II, both countries had embraced building blocks of democracy and the rule of law during the Weimar Republic and Meiji Restoration, respectively. Both countries exhibited a homogenous culture and self-identity necessary before tribalism can be rendered subservient to national loyalties. The United States needed little leverage or genius to return Germany and Japan to their democratic paths after the war concluded.

Neither do the cases of South Korea or Taiwan contradict the myth. In the former, we supported three decades of authoritarian rule under Syngman Rhee, Park Chung Hee, and Chun Do Hwan before democracy was flowered at the demand of the South Korean people. We had delayed South Korea’s democratic flowering by approving of the military’s bloody suppression of the 1980 Kwangju uprising. In Taiwan, we supported the military dictatorship of Chiang Kai-Shek from 1949-1975.

Taiwan slowly segued into a democracy by popular demand over the next two decades under the hand of the dictator’s son, Chiang Ching Kuo. The culmination was the direct election of President Lee Teng-hui in 1996. In the interim, the United States ceased recognition of Taiwan in favor of the more ruthless and dictatorial People’s Republic of China. The United States did not accelerate, but delayed Taiwan’s indigenous embrace of democracy by our unwavering support for the military dictatorship of Chiang Kai-Shek for 25 years.

In the 1930s alone, Soviet dictator Joseph Stalin killed at least 13 million to 15 million opponents — more than twice the number of Holocaust victims. The United States stood idly by without provoking either moral or legal rebuke. Approximately 65 million to 70 million Chinese were killed under Mao Zedong’s dictatorship while the United States like all other nations and the United Nations did nothing.

It has never been suggested that a “humanitarian” war against Mao was a moral or legal imperative.Not a word in the U.S. Constitution or international law that supports a United States obligation to send its citizens abroad to risk that last full measure of devotion to save foreigners from killing or abuse by their own governments or peoples. Foreigners owe us no loyalty and pay us no taxes.

If there were such an obligation, we would be compelled to commence multiple wars immediately with Russia over Chechens, China over Tibetans and Uighurs, Burma over the Rohingya, the Democratic Republic of the Congo over tribal and ethnic killings which have surpassed 6 million, South Sudan for the massacre of non-Dinka tribes, Nigeria for brutalizing Christians and Biafrans, and North Korea for starving or otherwise oppressing its entire population. Humanitarian wars frequently kill more lives than are saved, as with our military interventions against Libya in 2011 and Somalia in 1992.

United States citizens who feel morally compelled to attempt the prevention of mass killings abroad are free to risk their lives or money towards that end in the manner of the 3,000 Americans who fought for the Loyalists against General Francisco Franco in the Spanish Civil War, 1936-1939 under the banner of the Abraham Lincoln Brigade.

“Humanitarian” war is an oxymoron. All wars make legal what would otherwise be first degree murder, which can never be humanitarian.

MYTH 4. The Nuclear Non-Proliferation Treaty is a moral or legal cornerstone of international peace and security. The NPT reflects an international legal order in which the strong do what they can and the weak suffer what they must. It crowns five (5) nations with the exclusive rights to develop, possess and deploy nuclear weapons: the United States, Russia, China, Britain, and France.

The five were not selected because of a demonstrated superiority in international morality or justice. The United States is the only nation that has ever used nuclear weapons. The United States and the Soviet Union brought the world to the edge of nuclear destruction during the 1962 Cuban Missile Crisis. China’s Mao Zedong blithely remarked in 1957: “I’m not afraid of nuclear war. There are 2.7 billion people in the world; it doesn’t matter if some are killed. China has a population of 600 million; even if half of them are killed, there are still 300 million people left. I’m not afraid of anyone.”

During the Korean War, Gen. Douglas MacArthur requested authority to use atomic weapons. He explained that he would drop 30-50 atomic bombs across the neck of Manchuria, and spread a belt of radioactive cobalt from the Sea of Japan to the Yellow Sea to insure that for 60 years there would be no land invasion of Korea from the North.

The United States, Russia, Great Britain, China, and France were the only nuclear-weapons states when the NPT was negotiated. They wished to maintain that military advantage over the rest of the world. Under the NPT, all non-nuclear weapons states are forced to assume a risk of nuclear obliteration that nuclear-weapons states do not. That asymmetry emboldens rather than discourages adventurism by the latter.

The key peace provision in the NPT has been flouted. Article VI requires nuclear-weapons states “to pursue negotiations in good faith…on a Treaty on general and complete disarmament under strict and effective international control.” No such negotiations have been forthcoming for nearly 50 years.

The NPT as an instrument of international peace is further weakened by Article VII’s authorization to withdraw upon three months’ notice. North Korea exercised this option in 2003, and is currently estimated to possess 10-15 nuclear warheads. Moreover, Israel, Pakistan, and India never signed the NPT, and have developed substantial nuclear arsenals. In sum, the NPT is only an ornamental barrier to nuclear weapons proliferation.

MYTH 5. The United States is an indispensable nation. We are compelled by providence to play the role of world leader. This is national narcissism at its apex, a modern version of “Manifest Destiny” that ignited the Mexican-American War and the slaughters of Native American Indians. 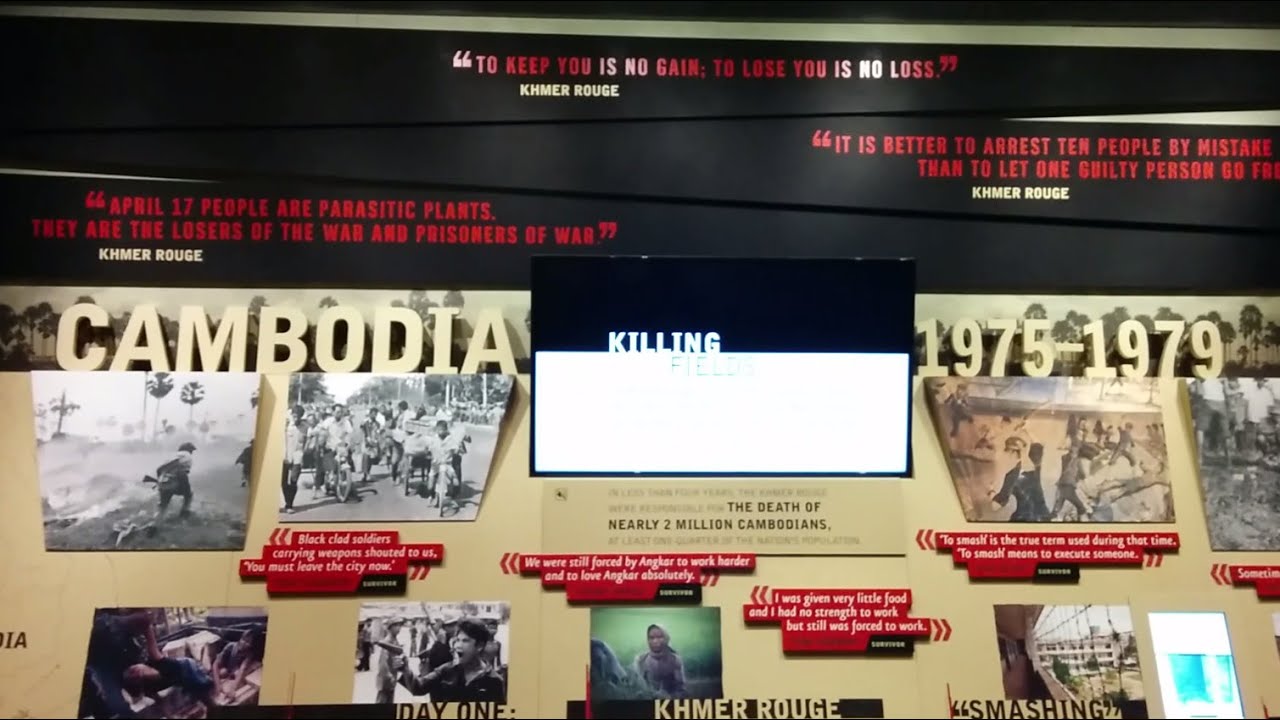 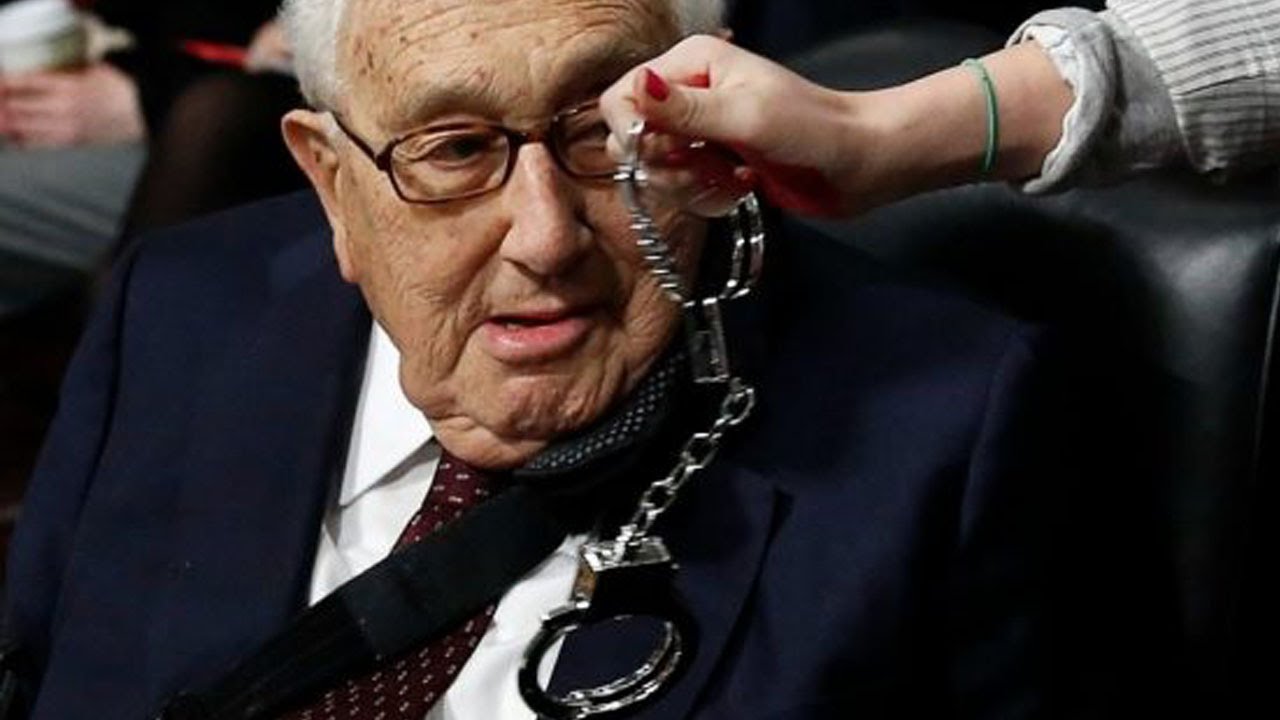 The United States was responsible for millions of Vietnamese, Cambodian and Laotian civilian deaths during the Vietnam War (Bruce Fein). This indispensable nation has yet to express remorse for its part in the Cambodian tragedy. One of the architects is still alive today–Henry A. Kissinger has yet to account for his part in it.–Din Merican

In playing the role of “world leader,” the United States was responsible for millions of Vietnamese, Cambodian and Laotian civilian deaths during the Vietnam War. We inflicted further devastation on millions more with indiscriminate use of Agent Orange.

In playing the role of “indispensable” nation” since 9/11, we have been responsible for at least 1.3 million Muslim deaths according to a study conducted the Physicians for Social Responsibility. On Hillary Clinton’s watch as Secretary of State, we turned Libya and South Sudan into Aceldamas. Our ongoing wars in Afghanistan, Iraq, Yemen, Syria, Somalia, and Libya have generated millions of refugees.

On May 12, 1996, then-Secretary of State Madeleine Albright, a soulmate of Hillary Clinton, callously declared on CBS’ “60 Minutes” sanctions against Saddam Hussein were “worth [the price]” of killing 500,000 Iraqi children. Graveyards are filled with indispensable nations.