Keynes: The Return of the Master by Robert Skidelsky 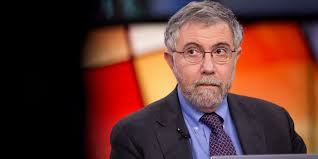 Paul Krugman :The Finest of his Generation

The great economist’s theories have never been more relevant – and his biographer remains their most compelling advocate, says Paul Krugman

At research seminars, people don’t take Keynesian theorising seriously anymore; the audience starts to whisper and giggle to one another.” So declared Robert Lucas of the University of Chicago, writing in 1980. At the time, Lucas was arguably the world’s most influential macro-economist; the influence of John Maynard Keynes, the British economist whose theory of recessions dominated economic policy for a generation after the Second World War, seemed to be virtually at an end.

But Keynes, it turns out, is having the last giggle. Lucas’s “rational expectations” theory of booms and slumps has shown itself to be completely useless in the current world crisis. Not only does it offer no guide for action, but it more or less asserts that market economies cannot possibly experience the kind of problems they are, in fact, experiencing. Keynesian economics, on the other hand, which was created precisely to make sense of times like these, looks better than ever.

But while Keynesianism is experiencing a revival, there are major questions about just what needs to be revived. Many economists agree that their field went off track, that in some important ways it lost touch with reality, and that a return to some of the ideas Keynes laid out more than 70 years ago is part of the cure for what ails us. But there is much less agreement about what, exactly, needs to change in the way we think about matters economic.

In this book, Robert Skidelsky, the great biographer of Keynes, searches for clues in the original work of “the master”. The book is part critique of the current state of economics, part biographical sketch (it’s worth your time just for Chapter 3, “The Lives of Keynes”), part programme for the future.

It also offers a brief but compelling account of the anti-Keynesian counter-revolution, the movement that began with Milton Friedman and reached its apex with Lucas’s whispers and giggles. Skidelsky’s book is an important contribution at a time of soul-searching, a must read even if one doesn’t fully accept its conclusions.

As you might guess, I do, in fact, have some questions about Skidelsky’s conclusions, though not so much about how we got here as about what we do next. And those questions, in turn, centre on a long-running dispute over what Keynesian economics are really about.

In Part I of his 1936 masterwork, The General Theory of Employment, Interest, and Money, Keynes asserted that the core of his theory was the rejection of Say’s Law, the doctrine that said that income is automatically spent. If it were true, Say’s Law would imply that all the things we usually talk about when trying to assess the economy’s direction, like the state of consumer or investor confidence, are irrelevant; one way or another, people will spend all the income coming in. Keynes showed, however, that Say’s Law isn’t true, because in a monetary economy people can try to accumulate cash rather than real goods. And when everyone is trying to accumulate cash at the same time, which is what happened worldwide after the collapse of Lehman Brothers, the result is an end to demand, which produces a severe recession.

Some of those who consider themselves Keynesians, myself included, agree with what Keynes said in The General Theory, and consider the rejection of Say’s Law the core issue. On this view, Keynesian economics is primarily a theory designed to explain how market economies can remain persistently depressed.

But there’s an alternative interpretation of what Keynes was all about, one offered by Keynes himself in an article published in 1937, a year after The General Theory. Here, Keynes suggested that the core of his insight lay in the acknowledgement that there is uncertainty in the world – uncertainty that cannot be reduced to statistical probabilities, what the former US Defence Secretary Donald Rumsfeld called “unknown unknowns”. This irreducible uncertainty, he argued, lies behind panics and bouts of exuberance and primarily accounts for the instability of market economies.

In this book, Skidelsky puts himself in the camp of those who argue, in effect, that Keynes 1937, not Keynes 1936, is the man to listen to – that Keynesianism is, or should be, essentially about uncertainty and how it leads to economic instability. And from this he draws some radical conclusions.

Most strikingly, Skidelsky declares that the traditional division between microeconomics and macroeconomics, which is based on whether one focuses on individual markets or on the overall economy, is all wrong; macroeconomics should be defined as the field that studies those areas of economic life in which irreducible uncertainty, uncertainty that cannot be tamed with statistics, dominates. He goes so far as to call for a complete division of postgraduate studies: departments of macroeconomics should not even teach microeconomics, or vice versa, because macro-economists must be protected “from the encroachment of the methods and habits of mind of microeconomics”.

How far should we be willing to follow Skidelsky in this? I think we must trust the biographer in his assessment of Keynes himself; Skidelsky argues persuasively that Keynes spent much of his life deeply focused upon, even obsessed with, the question of how one acts in the face of uncertainty, which is why Keynes 1937 comes closer to the essence of the great man’s own thinking. 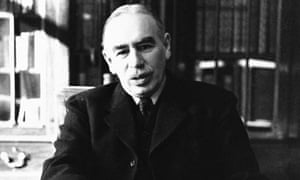 That’s not the same thing, however, as saying that Keynes was right – even about his own contribution. Surely it’s possible to make the case for a less profound reconstruction of economics than Skidelsky advocates. I’d point out that behavioural economists, who drop the assumption of perfect rationality but don’t seem much concerned by the essential unknowability of the future, have done relatively well at making sense of this crisis; I’d also point out that current disputes over economic policy, above all about the usefulness of government spending to promote employment, seem to be primarily about Say’s Law – that is, Keynes 1936.

No matter. You don’t have to agree with everything Skidelsky says to find this a wonderfully stimulating book, one that reflects the author’s unparalleled erudition. We’re living in the second Age of Keynes – and Robert Skidelsky is still the guide of choice.

6 thoughts on “Keynes: The Return of the Master by Robert Skidelsky”