WELCOME TO THE POISONED CHALICE
The Destruction of Greece and the Future of Europe
By James K. Galbraith
213 pp. Yale University Press. $26.

Americans tend to struggle to grasp the ways of the European Union, which admittedly are complex and often arcane. It’s unhelpful that much of the writing on the continent’s seminal postwar project lapses into the same euro-jargon that the union’s technocrats and think tanks employ. Many Europeans can’t make sense of it either, which is one explanation for the triumphant Brexit vote and the historically low trust in the E.U. that Europeans everywhere express today. The community is indisputably mired in its most acute crisis since its founding in the 1950s.

Yet contemporary Europe is incomprehensible without it, so thoroughly does the E.U.’s existence suffuse the everyday lives of its 508 million citizens, the governance of the 28 member states and a $15 trillion economy. This is why the short­ish, lucid books of the Brussels-based journal editor Giles Merritt and the American economist James K. Galbraith deserve particular attention. In accessible prose flush with strong argument, they diagnose the E.U.’s problems — and offer prescriptions on how to deal with them. Though the community is currently preoccupied with Britain’s vote to leave, the influx of migrants, an economy still reeling from the financial crisis, the ascent of far-right parties and a declining global market share, both authors believe deeply in the E.U.

In order to get at the community’s core deficiencies, Merritt first punctures some of the myths that unfairly damage its credibility. A favorite of euro-skeptics is that the E.U. is a gigantic, autonomous “superstate” that runs Europe from Brussels. In fact, the E.U.’s largest body and its executive arm, the European Commission, has a staff of just 23,000, smaller than many national government ministries.

Moreover, most E.U. legislation is not in the form of written law, but rather “directives” to the states, whose legislatures then turn them into law. The heavy lifting is done by the member states. As for autonomy, it is the states that drive the E.U., whether through their national ministers in the Council of Ministers, one of the E.U.’s legislative bodies, or the commission, where state appointees deal with everything from agriculture to consumer protection. The governments call the shots, and it is therefore at their feet that Merritt lays most of the blame for the E.U.’s malaise.

In the same vein, the E.U. has come under fire for its policies guaranteeing workers’ freedom of movement within the union. In the Brexit campaign, anti-E.U. voices charged that its provisions enabled Central Europeans to swamp Britain. In fact, demographic analyses show that northern Europe needs many kinds of workers now and will increasingly require more in decades to come. Although European politicians know this too, many can’t sell this argument to their electorates, just one example of the dichotomy that pits the interests of elected national officials against those of the greater good, embodied in the E.U.

Merritt, despite his substantial respect for the E.U., argues that bold, sweeping reforms are imperative to meet the challenges of the 21st century. Global warming, terrorism, globalized markets, mass migration, militarized geopolitics and the digital revolution all require supranational attention. On their own, he argues, the individual nation states of Europe, Britain included, are doomed to irrelevance.

Yet there’s much more consensus on the union’s shortcomings than on how to address them. The so-called democratic deficit, for instance, refers to the lack of transparency and accountability in the E.U.’s decision-making process. The council, the “true legislative body,” meets behind closed doors. The European Parliament’s elected M.P.s exercise some power, yet no one is held responsible for failure. And then there are the unelected civil servants. No democratic state worth its salt would permit such basic transgressions of democratic procedure. But the E.U., Merritt charges, gets away with it.

Furthermore, the E.U.’s rigidity undermines its ability to promote innovation. Europe lags woefully behind the United States and China in turning digital technology into commercial success. Meager investment in R&D has hurt Europe’s productivity and thus global competitiveness, causing Europe’s share of the international market to stagnate while its rivals post gains. In more ways than one, Merritt argues convincingly, the E.U. is stuck in the 20th century.

Until the Brexit vote, the single greatest blow to the E.U. had been the post-2008 tribulations of the euro, called the euro crisis, which manifested itself as a devastating debt problem that upended the economies of southern Europe and Ireland. The threat of insolvency forced the wealthier northern Europeans, above all Germany, to bail out the troubled nations at high cost, both financially and in terms of good will. 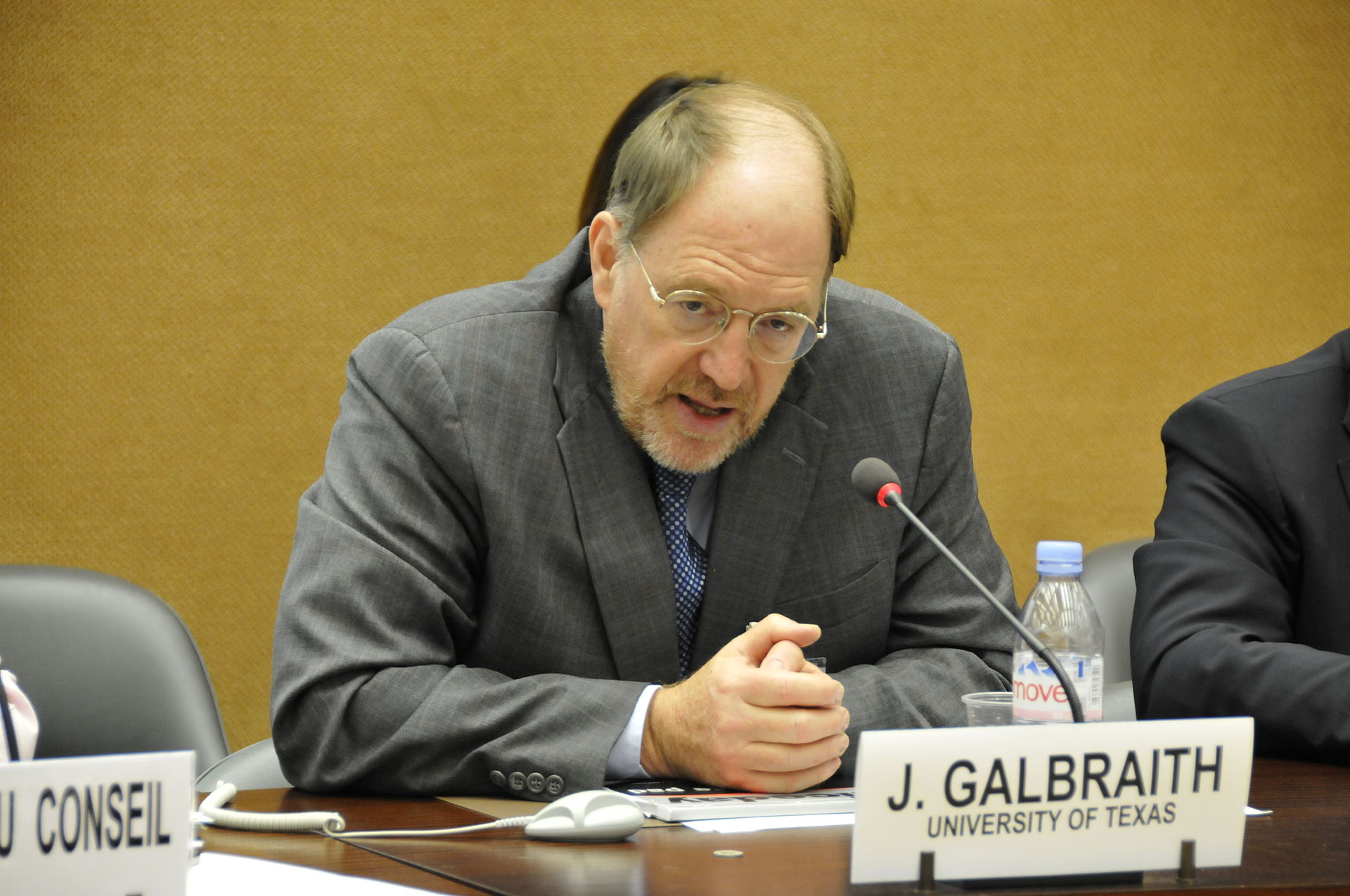 James K. Galbraith, the son of the great Keynesian economist John Kenneth Galbraith, had, as an adviser to the left-wing Syriza government in Greece, a front-row seat at pivotal moments in the showdown between the E.U. (and the International Monetary Fund, too) and Greece, the hardest hit of the debtor nations. The E.U. erred egregiously, he writes, in making draconian austerity policies the price of Greece’s rescue while letting the continent’s banks off scot free. The wrongness of this prescription, he says, is borne out today, five years later, with Greece prostrate under the burden of the E.U.’s highest external debt (in relation to its economy’s size), the highest unemployment (29 percent) and grim social and psychological fallout. Deep budget cuts and higher taxes have cost Greece a quarter of its pre-crisis wealth, rendering a recovery impossible, according to Galbraith, perhaps forever. Greece’s withdrawal from the euro zone, he suggests, would have been preferable.

Galbraith understands the eurocrisis largely as a byproduct of the global banking and financial disaster triggered in the United States in 2007, which the ­center-right governments in Germany and France exploited to crush the left-wing government in Greece and its allies elsewhere in southern Europe. Leftist governments, Galbraith says, won’t get relief from the punishment of austerity, slashed wages, reduced pensions and the fire sale of state assets until their politics return to the center. Until then, they will suffer and the wealth disparity between northern and southern Europe will widen.

Greece, Galbraith writes, could become something like “a Caribbean dependency of the United States. Its professional population will continue to leave, and its working classes will also either emigrate or sink into destitution. Or perhaps they will fight.”

Fighting, however, didn’t get Syriza or Galbraith’s friend, the controversial ­January-to-June-2015 Greek finance minister Yanis Varoufakis, very far. Even a national referendum rejecting the terms of a bailout didn’t manage to dilute the poison the Greeks had to swallow. The way out, argues Galbraith, ever the Keynesian, is a multi-pronged approach that includes a spending program like the postwar Marshall Plan.

For his part, Merritt presents the recipes of several research institutions, all of which call for rejuvenating the E.U.’s structures to make them more democratic, flexible and efficient. He, like Galbraith and other E.U. advocates, insists that deeper political and economic integration is the answer. Yet, he concedes, because Europe’s political spectrum is fractured as never before, with national interests regularly trumping common cause, the lesser evil at the moment may be smaller, tactical interventions to complete the single market, invest in research, modernize infrastructure and strengthen foreign policy mechanisms.

Doing nothing at all is the worst option, the authors agree, a conclusion dramatically reinforced by the Brexit vote. That would condemn the E.U. to muddle from crisis to crisis until finally one of those crises takes it down once and for all.

Paul Hockenos is a Berlin-based writer. His “Berlin Calling: Anarchy, Punk Rock, Techno, and the Birth of the New Berlin” will come out next year.

A version of this review appears in print on August 21, 2016, on page BR16 of the Sunday Book Review with the headline: Europe Is Falling . . . . Today’s Paper

One thought on “The Future of Europe”