Mahathir’s New Party:  A Case of Better 4o Years too Late than Never? 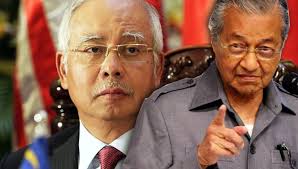 It’s a shame that former Prime Minister Mahathir Mohamad did not do 40 years ago what he now says his new party will.

According to a report in Sinar Harian, Mahathir claims that he left UMNO-Baru because he couldn’t stand the stench of corruption. He urged the rakyat to accept his new party, which he said was formed to fight corruption. He said his new party would field only sincere candidates who would not take dirty money.

Mahathir forgets easily. It was he who set the ball rolling in the late sixties and early seventies with his Malay agenda. Later, he would reward close friends and associates with business opportunities.

While it was right to try to improve the socio-economic conditions of the Malays, it was wrong to make the mechanisms run like a never ending treadmill. What happened to the time limit, and why was there no serious evaluation of the affirmative action policies to see if they were successful or needed tweaking?

Mahathir left office in 2003, but he continued to control the levers. He tried to interfere in Abdullah Badawi’s administration, and he continues to pop up, like an annoying Jack in the Box, during Najib’s premiership.

Mahathir’s “Look East” policy took his cue from Britain’s Margaret Thatcher, despite his vow not to trade with Britain. His emulation of Thatcher’s penchant for privatisation meant that companies were annexed by UMNO-Baru nominees or his own cronies. 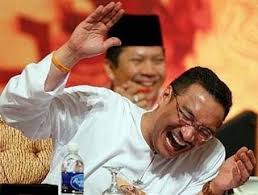 Remember the MAS privatisation project? Where was Mahathir when MAS’ performance plummeted after he put his good friend Tajuddin Ramli at the controls?

And what about the massacre in Memali in 1985? Mahathir claimed to be away from Malaysia at the time, but Musa Hitam, who was then his deputy, claimed two years ago that this wasn’t true. We have yet to hear a denial from Mahathir.

What does Mahathir think of the stifling of the student movement and the implementation of the Universities and University Colleges Act? He was the education minister in the 1970s and he did not want students to have opinions or to criticise his rule.

The Internal Security Act was used to silence his critics, and today the nation is suffering because his successors have learned from Mahathir’s liberal use of underhand tactics. Operation Lalang and other crackdowns against dissent were a glimpse into Malaysia’s future.

All of Mahathir’s deputies have suffered the same fate. Many if not all of our institutions have been compromised and lost their independence. How dare Mahathir tell us that corruption is haram and will destroy Malaysia. If he had not corrupted the politicians, Malaysia would not be a lost paradise now.

Today, some of us reject Mahathir’s political plans, and rightly so. Mahathir feels no remorse for his previous actions, even though it was his policies which led us on to this path. Mahathir ruined Malaysia. He will certainly not pull the country out of the pit of corruption that it is in. Only the Malaysian public can do that.

Mariam Mokhtar is an FMT columnist

9 thoughts on “Mahathir’s New Party: A Case of Better 40 Years too Late than Never?”