The contrast in the themes articulated by these two visitors in their lectures and public engagements cannot be more different. 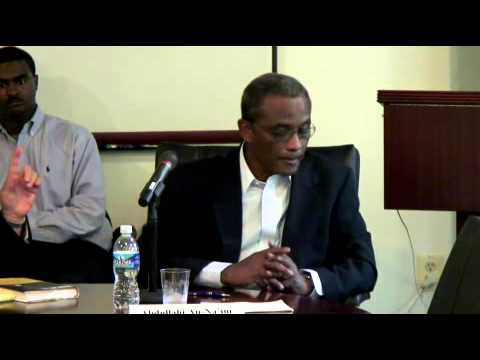 That of the scholar is a vision of a more humanistic and intellectually more rational and defensible Islam. The other by the preacher stems from a conservative and extremist position. Based on advocacy of Islam as a superior religion, Zakir offers simplistic but popular – with the Muslim masses – opinions on topics such as dealing with LGBT’s and other non-Islamic minorities, apostasy, the treatment of other faiths in Islamic states, the evils of secularism, etc.

Similar questions have been asked by others as to why Islam in this country has taken a hard line position and turned its back on its traditionally moderate roots and associated Hindu-Buddhist values and mores. Also why the defence of secularism and secular-oriented positions such as those espoused by G25 group of prominent ex-civil servants have received little traction while, at the same time, rabble rousing groups such as the Red Shirts and ISIS type extremist views have gained ground among the Malays.

Two scholars have recently contributed insights into the rise of a conservative and hard line Islam in the country. Dr. Ahmad Fauzi Abdul Hami in his paper “ISIS in Southeast Asia: Internalized Wahhabism is a Major Factor” (ISEAS Yusof Ishak Institute Perspective, 16 May 2016) has dissected the impact of the Wahabbi brand of Salafism with its extremist world view from a political development perspective since the 70s.

While the two papers are useful and timely, what is missing is a discussion of how the factor of race, and the rise of a virulent strain of Malay racism may be a key, and perhaps the major, factor explaining the recent rapid spread of an increasingly conservative and reactionary Islamic ideology and practices in the country.

Although orthodox Islam rejects race and racism, there is mounting evidence that the resurgence in Islam in Malaysia is closely correlated with the rise of anti-non-Malay sentiment, and an ethno-centricism directed at the non-Malay and non-Muslim communities.

Ahmad Fauzi and Ahzar Ibrahim are not the only two scholars who have failed to attach sufficient importance to the racial factor playing a critical role in the most recent phase of Islamic socio-economic and political development in Malaysia. Many other local scholars have chosen to ignore it or have studiously avoided the subject.

This avoidance is possibly because of the belief that Islamic extremism in Malaysia has spread primarily due to externally generated events such as the rise of political Islam in the Middle East. It may also be because of the view that an academic or public discourse on the subject – even from an academic or intellectual perspective – may be opening up a pandora’s box; or is not helpful to one’s academic or professional career; or perhaps reflects poorly on the integrity of the scholar’s own religious and racial community.

Recent events, however, have brought into the forefront the importance of putting the subject under the academic microscope and of engaging in an open and frank exploration of it, even if this discourse may be regarded as treading on sensitive concerns and issues.

The opening of this pandora’s box is also necessary because it appears that both extreme forms of the two ideologies – one religious and the other man-made – are not only converging but are also mutually reinforcing. The fused outcome – a form of Islamofacism – may be displacing, or perhaps may already have displaced, the earlier moderate mainstream forms.

Two examples of the convergence of “Ketuanan Islam” and “Ketuanan Melayu” can be highlighted, although more instances are taking place on a daily basis.

In September 2015, UMNO Supreme Council member, Tan Sri Annuar Musa, openly admitted that he is a “racist”. In his speech to participants at the “Himpunan Rakyat Bersatu” or “red shirt” rally which its organizers estimated to have attracted a crowd of 250,000, he emphasised that racism was allowed in Islam, so long as other races were not oppressed in the process.

According to him “I am racist but it’s racism based on Islam. Racism is allowed in Islam”. He was also reported to have quoted a hadith (a saying of the Prophet) on ‘assabiyah’ which he interpreted as justifying racism.

The UMNO leader may have been playing to the gallery during his speech. However what he announced reflects not only his understanding – and justification – of Islamic racism a-la its Malaysian variety. It also reveals a similar position held by UMNO’s leadership and most of the ruling party’s rank and file members since there are no reports of anyone from the party expressing dissent with Annuar Musa’s view.

More recently, the open display of the “keris” – commonly seen as the symbol of Malay nationalism – during the recent opening of PAS’s muktamar has led Dr. Mahathir to note that “PAS used to criticise UMNO for being a nationalist party, but now the opposition party is “more nationalist because their keris is longer than Umno’s”.

“We measure nationalism based on the length of the keris, The longer the keris, the more nationalistic. Now they realise that they’re Malays,” he added.

For non-Muslims and non-Malays, these new developments, and the racialism and extremism seeping into the Islamic consciousness of the Malay community, are no laughing matter.

What it means is that they cannot expect PAS, UMNO, or perhaps even Amanah, the latest of the Muslim parties and progressive Islamic NGO’s and conscientious scholars to draw attention to and fight the battle for equal rights within an increasingly Islamic Malaysian nation.

They have only themselves to rely on and should not, as in the boiling frog anecdote, wait too late to respond to the rising heat from this present incarnation of Islamic and racist resurgence in the country.

25 thoughts on “Malaysia: Rise of ‘Racist’ Strain of Islam”