The epigram, plus ça change, plus c’est la même chose (“the more it changes, the more it’s the same thing”) by Jean-Baptiste Alphonse Karr in the January 1849 issue of his journal Les Guêpes (“The Wasps”) best describes what has been happening to this country in the realm of political economy.

Thus the pervasive pessimism and sense of inevitability as the unsavoury details of the donation uncovered in the Prime Minister’s personal account and 1MDB scandals have unfolded. What’s discernible is the same pattern of “pagar makan padi”, malfeasance, abdication of responsibility, incompetence, and attempts at cover up and whitewashing at the highest level. And predictably too, the chorus by Barisan’s cheerleaders and supporters, and exhortations by implicated leaders and the authorities urging the public and nation to “move on” from “self inflicted wounds”.

But what’s the cost of moving on from our alleged national masochism?This is not the first blow to our national treasury, leading to a hard hit at the wallet and well being of every Malaysian. The list of similar fiascos goes a long way back. More than 30 years, and even further back.

It includes the Bank Bumiputra bailout in the 80s, the Maminco debacle, Perwaja Steel wipeout, Bank Islam rescue, the Scorpene submarine scandal to name some of the spectacular cases in what is a massive and growing iceberg of fraud, embezzlement, cheating and chicanery orchestrated or sanctioned by those at the top with approval authority over the hundreds of thousands of government projects, big and small, carried out especially during the past three decades – and with just the tip of the iceberg uncovered and visible. 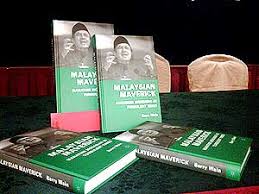 Various scholars have attempted to quantify the financial losses the country has squandered. During the 22 year+ rule of Dr Mahathir, Barry Wain, author of the book ‘Malaysian Maverick: Mahathir Mohamad in Turbulent Times’ estimated that the direct financial losses amounted to about RM50 billion. This doubled if the invisible costs, such as unrecorded write-offs, were taken into account. The RM100 billion total loss was equivalent to US$40 billion at the then prevailing exchange rates.

No authoritative estimate has yet been made of losses on similar bloated, questionable or mismanaged projects undertaken after Dr. Mahathir left office. But the list of scandal-ridden mega projects and often related bailouts of government-linked companies since then has been equally, if not more, impressive; and depressing. They include the National Palace project, Port Klang Free Trade Zone project, and the smaller cost but oversized on infamy, ‘Cowgate’ project.

Between 2001 and 2015, Federal Government development expenditure totalled about RM 610 billion. If we assume that there is a hidden charge of 20% for commissions, kickbacks, overpayments and other forms of leakages and corrupt financial practices incurred in this category of expenditure alone, the country was poorer by RM120 billion.

Even a conservative estimate of 10 percent of the development budget lost to corruption, rent seeking and other forms of financial abuse means that the country has incurred a loss of RM 60 billion.

Should We Move On?

So what lessons can we take from this failure of our political leaders and authorities to curb the rot in the nation’s finances which is systemic and endemic.Apart from the huge financial losses, there are social costs that are non-quantifiable but more grievious in the impact on our national culture and consciousness.

One is that bad behavior is rewarded; and “clean, efficient and trustworthy” are simply empty slogans meant to distract and deceive.Two is that crime – especially white collar and also, the occasional murder – pays; and at the highest levels pays really well.

Three is that cash is especially king for those who, although they themselves may not be engaged in wrong doing, are perfectly happy with abetting or defending the wrong doers. American author Upton Sinclair wrote: “It is difficult to get a man to understand something, when his salary depends on his not understanding it.”

We see it all the time in Malaysia with money and positions being the key determinants of the cognitive ability of the battery of financial experts, lawyers, media propagandists and other support cast of Barisan misgovernance; which has led them to ignore facts and truths inconvenient to their cause, or their client’s cause.

Four is that our belief and trust in justice being done at the end of the day in relation to financial or political scandals may prove to be idealistic or wildly over-optimistic.

This is especially the case when vested political interests have undermined, if not destroyed, what should be an autonomous, influence-free and non-partisan judiciary as well as other key governance agencies, including enforcement ones.

As the culture of impunity takes deep roots among those who control the levers of power, we find that the rakyat‘s trust in their politicians and officials has been eroding at a rapid pace. This is confirmed by the finding of the Edelman Trust Barometer 2016 which found that trust in the government fell seven points to 39% among the general population and 11 points to 34% among the informed public, compared to last year.

There are some things that are right as well as done well in the country which give us confidence and pride that we are moving on.But we cannot and should not move on from the current wrongs and controversies until the root causes are identified and eliminated.