Rosmah Mansor, the wife of Malaysian Prime Minister Najib Razak, has repeatedly called US Ambassador Joseph Y. Yun in the US Embassy in Kuala Lumpur in a vain attempt to get the United States Attorney Preet Baharara for the Southern District of New York to call off his investigation into financial dealings involving the scandal-ridden 1Malaysia Development Berhad fund, sources say.

The story of Rosmah’s attempts to rein in the US investigation is circulating widely in Kuala Lumpur’s small diplomatic circles. They say that despite the fact that other investigations are ongoing in Switzerland, Singapore, the United Kingdom and France on another case, they think the Americans most likely to bring charges if there has been wrongdoing. 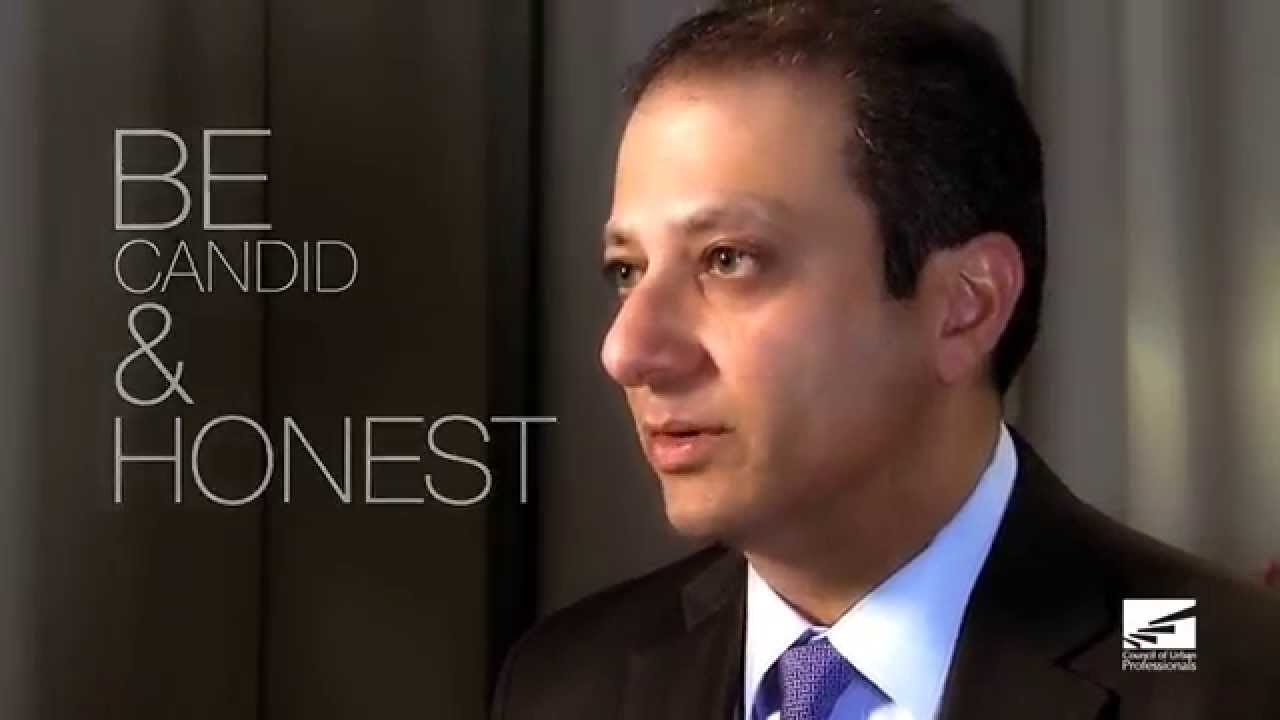 Yun is said to have told Rosmah that Bharara (above) operates independently of the State Department and the Foreign Service, and that not even President Obama would be able to influence the investigation if he wanted to.

Attempts to verify the story through the US Embassy went unanswered.“She has been told, ‘If you have done nothing wrong, don’t worry about it,’” a source said. “’The United States is a country of laws. ‘”

That news comes as the Australian Broadcasting Corporation issued a press release saying its Four Corners investigative team tonight (March 28) was to broadcast new details of deposits between 2011 and 2014 from “mysterious individuals and companies” both in Malaysia and overseas, via wire transfers and in cash, to his personal accounts. That, the news organization said, is in addition to the mysterious US$681 million (RM2.6 billion) that ended up in Najib’s accounts in 2013.

Nonetheless, despite a torrent of international news reports that would classify the 1MDB scandal among the world’s biggest, the Malaysian government has managed to keep it in check domestically even though Swiss authorities have said as much as US$4 billion in 1MDB funds may have been misused. Attorney General Mohamed Apandi Ali, appointed by Najib after the previous attorney general was fired because he was said to be on track to indict Najib, “cleared” the Prime Minister in a January press conference that convinced almost nobody.

Najib and his family “aren’t scared of anything in Malaysia,” said a longtime observer of local politics. “But they are scared of this guy Preet Bharara.” Indeed, the Pakistani-born law enforcement official’s district has been called by angry defense attorneys “the southern district of the world” given that he has prosecuted nearly 100 Wall Street executives and has sent agents to as many as 25 other countries to investigate suspects of arms and narcotics trafficking and terrorists, bringing them to Manhattan to face charges. It is his office that nailed the rogue Russian arms dealer Viktor Bout, where he had been hiding in Thailand, and brought him to justice in the United States.

Opposition figures have been questioning 1MDB’s massive debt since 2010. However, the scandal blew wide open in 2014 when reports circulated that the state-backed investment fund faced as much as RM42 billion (US$10.7 billion at current exchange rates) of unfunded liability.  A cascade of scandals has ensued, ensnaring, among others, Tim Leissner, the former wunderkind Singapore-based chairman of Goldman Sachs’ Southeast Asia operations who has since taken leave and moved to Los Angeles. 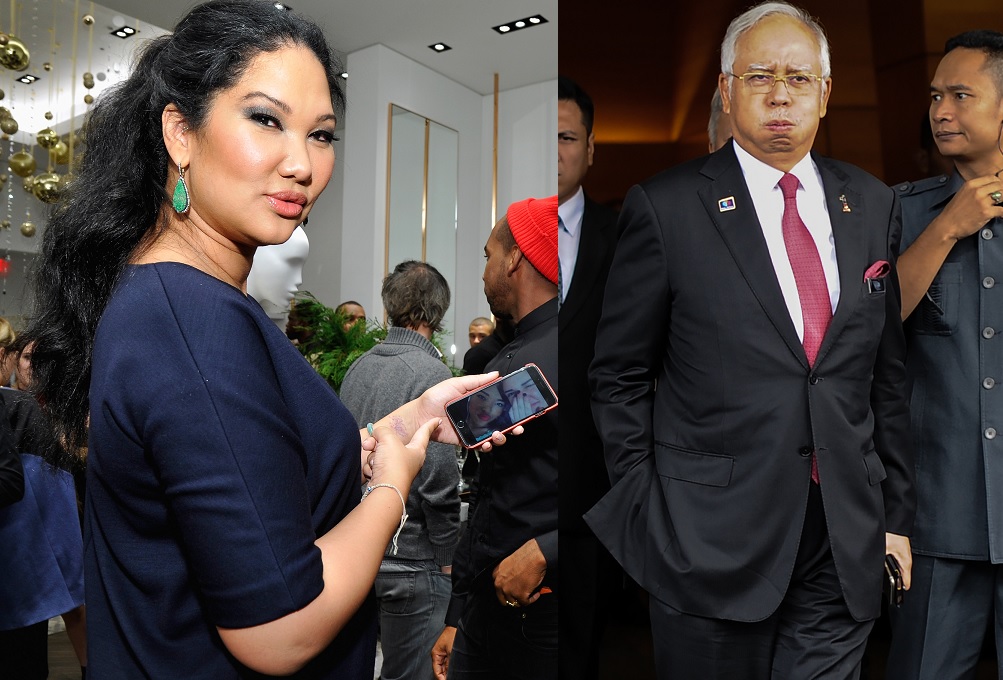 It was Leissner who engineered three bond sales in 2012 and 2013 that totaled US$6.5 billion and yielded fees, commissions and expenses for Goldman of almost US$6 billion—9.1 percent of the funds raised, almost twice the normal cuts for investment banks.

US Federal Bureau of Investigation agents have been operating in Kuala Lumpur over the matter, asking officials for details of Leissner’s dealings and other matters.  In addition, the US attorney’s office is said to be looking into money-laundering charges involving the purchase of opulent New York and California properties purchased on the Najib family’s behalf by agents believed to be connected to Jho Taek Low, the flamboyant young Penang-born financier that helped Najib set up 1MDB in the first place.

The investigation is also said to encompass the funding of the Hollywood blockbuster Wolf of Wall Street, starring Leonardo di Caprio and produced by Red Granite Productions, partly owned by Rosmah’s son Riza Aziz.  Jho Low, as he is known, is also said to be a target of the investigation. He has been spending much of his time in Taiwan or aboard his gigantic yacht, the 91-meter Equanimity.

Najib has operated a marathon campaign to keep office, neutralizing investigations, firing his own Deputy Prime Minister, Muhyiddin Yassin, and the attorney general as well as other law enforcement officials.

The common wisdom in Malaysia today is that Najib will prevail in office at least until elections, which must be called before May of 2018, and, given the state of the opposition, may well remain beyond that time.  A bellwether state election is looming in Sarawak, perhaps as early as mid-April although it isn’t constitutionally necessary until September.  At the moment, according to political analysts in Kuala Lumpur, the Barisan Nasional holds an overwhelming lead in the polls, thus the possible decision to call for an early snap election.

If the March 27 Grand Coalition held in Kuala Lumpur is any indicator, there appears little impetus for the opposition to bring down the Barisan Nasional, the national ruling coalition led by the United Malays National Organization.  The meeting, organized by former Law Minister Zaid Ibrahim, has called for 1 million signatures to be compiled against Najib by next year.

A Kuala Lumpur-based lawyer who refused to be identified said, “But they need a million signatures by tomorrow, not next year.” Other sources said that despite the attendance of perhaps 1,000 members of opposition groups, NGOs and other parties, with former Prime Minister Mahathir Mohamad in the lead, there is no traction between them.

They will all end up fighting with each other, with the only glue welding the movement together being the desire to get rid of the Barisan Nasional. One questioned why, for instance, those arrested in the 1987 crackdown Operation Lalang by Mahathir would be at all interested at all interested in cooperating with Mahathir.

That, the source said, includes Wan Azizah Wan Ismail, the wife of opposition leader Anwar Ibrahim. The former premier engineered Anwar’s imprisonment in 1999 on what were universally condemned as spurious charges of sexual deviance and abuse of power after the two fell out.  Others arrested and prevented from contesting 2000 elections, were Vice President Tian Chua, N.Gobalakrishnan, Youth leader Mohd Ezam Mohd Nor, Mohamad Azmin Ali – now the Selangor Chief Minister – as well as, Fairus Izuddin and Badrul Amin Baharun.