Going soft on Light, Raffles, Swettenham and the Lot 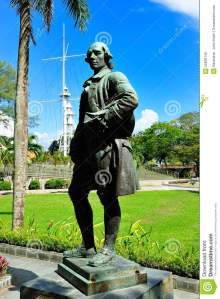 The British later replaced the Iberians (Portuguese and Spaniards)  and Dutch in Malaysia. Those colonialists carved up the Malay world among themselves, with Malaysia fortunately falling under the British while the larger archipelago going to the Dutch and the Philippines to the Spaniards.

I say “fortunately” considering the fate of the Indonesians and Filipinos. For whatever reason the British were much more benign, or less malevolent. Among the consequential differences, while our Indonesian brethren had to fight for their independence, Malaysians opted for the more civilized and considerably less traumatic route of negotiations. While Malays still harbor fond memories of their former colonial masters, with more than a few being unabashed anglophiles, no such sentiment exists among the Indonesians for the Dutch, or the Filipinos for the Spaniards. 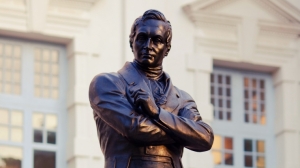 The British legacies in Malaysia were significant, among them a first class civil service, an independent judiciary, and an school system that later proved fortuitous with English becoming the language of science and commerce. The British also introduced rubber plantations. The country is still reaping the economic bonanza from that initiative.

Again here, the credit for the positive consequences for this particular colonial encounter cannot go entirely to the British or the Malays, anymore than the blame for the fiasco in Indonesia could be heaped upon the Dutch or the Indonesians. Instead the answer lies with the unique dynamics of the interactions.

While Malays had plenty of derogatory caricatures of the Dutch, no such epithets existed for the British. Perhaps the British had perfected the art of indirect rule while still maintaining their tight and uncompromising grip.

Whereas with the earlier encounter with the Muslim traders our acceptance of and integration with them were both “down-up” (from the peasants and rising up to the aristocrats and sultans) and “up-down” (from the rulers downwards), with the British it was strictly up-down, from the sultans to the rakyats.  Because of the feudal nature of Malay society, the transformation was rapid.

It could be that the British found kinship with our Malay system of nobility and felt compelled to preserve it. Granted, our Orang Kaya Di Hilir Perak (Wealthy Lord) is not quite on par socially, intellectually or wealth-wise (despite what the title implies) with the Earl of Lancashire, nonetheless the social pattern and dynamics remain the same.

The British were wise to appreciate that a system of subtle indirect rule was more in tune with the halus (refine) ways of our culture than brute occupation a la the Dutch or Japanese. The British charade was greatly eased by their heaping honors on our sultans, such as the Knighthoods of some ancient British Order or the occasional invitations to Buckingham Palace.

This was the same insight that General MacArthur effectively used in postwar Japan, except that he did not feel compelled to honor the Japanese Emperor with a Presidential Medal of any sort.

The British must have learned a thing or two from observing how our grandfathers controlled their buffaloes.  Tie a rope to the ring through the nose of the lead bull, then even a toddler could control the herd. The ring may be of gold and the rope spun of silk, but the underlying dynamics remain the same.

Although the Malay masses did not embrace the British colonials with as much enthusiasm as we did the earlier Muslim traders, we were not entirely hostile either, at least not to the level the Indonesians had for the Dutch. There were scattered armed insurrections and a few colonial advisors assassinated, but for the most part we were quite docile under the British. The British not interfering in matters pertaining to our faith (leaving that entirely and exclusively to the sultans) may have had something to do with our resigned acceptance of their rule. We did not protest much even when the British inundated the country with immigrant laborers from China and India.

Of course the British had to justify bringing in those hordes of indentured laborers; thus was born the myth of the lazy native. To put things in perspective, this unwillingness of the natives to take on dirty scud jobs in their own country is not unique to Malays. How else to explain the glut of Indians in Britain, Turks in Germany, and Mexicans in America?

It was only after the children of those tin mine laborers and rubber tappers became lawyers and doctors, having benefited from the superior education afforded by the colonials, did Malays become concerned that their country would soon be taken over by these immigrants.

Some would argue that those same superior colonial educational facilities were also available to Malays. This myth, like others, had just a tinge of truth to it to be accepted by many as the all-encompassing explanation for Malay educational laggardness during colonial rule.

Yes, there were schools. The first was Penang Free School (PFS) that despite its name was not free. In addition to tuition fees there were other substantial ancillary fees. Being located in the city, for rural Malay students there would also be the additional and substantial costs for transportation. Urban-dwelling immigrants were spared such expenses. In my case back in the 1950s, nearly 150 years after the setting of PFS, bus fare was the single biggest cost for my schooling, far exceeding the cost of tuition, books, and uniforms.

It did not help that the British built just enough schools to sooth their social conscience after raking in obscene profits from the country. It would have helped entice Malays to enroll in these English schools if they had been named after our heroes and sultans, or in any way pay homage to our cultural sensitivity. Instead those schools had names like King George V School and Victoria Institution.

Just to make sure that Malays got the message that they were not welcomed, there were the Anglo-Chinese Schools. It was not coincidental that there were no Anglo-Malay Schools.

Most were not government schools but set up by missionaries expelled from China. They were eager to continue their evangelical mission among the Chinese, only this time in Malaysia. Such schools sported names like Convent of the Holy Infant Jesus. The surprise was that there were still Malay parents who willingly enrolled their children in such schools, as with the parents of the wives of the second and third prime ministers

If all of those were not enough, then there was the attitude of Malay parents who thought that sending their children to English schools was tantamount to turning them into brown Mat Salleh (White Man) and, horror of horrors, Christians. They would then sport such names as Matthew and Thomas instead of Mahmud and Tahir.

Those conditions created the perfect storm that prevented Malays from partaking in modern Western education. Later, when we realized that our children and community were left far behind, we suddenly became aware of our precarious situation in our own country. Then we started looking at those immigrants who hitherto had been content confining themselves to the tin mines and rubber estates in a radically different light.

The Malay reaction to British colonialists could best be described as grudging accommodation, in marked contrast to our earlier enthusiastic embrace of Muslim traders. Our pseudo or resigned acceptance of British colonial rule was smoothed over by the willing co-operation (or more correctly, co-optation) of our elite, especially our sultans. The most unabashedly anglophile was the late Sultan Ibrahim of Johore (above). He must have loved the English very much; he married at least two of them.

If there were to be any segment of the Malaysian community that unabashedly embraced British colonialism it would be the so-called Queen’s Chinese. That term today sounds odd and quaint. They were the early Chinese immigrants who settled in the Straits Settlements of Penang, Malacca and Singapore. They easily assimilated into British colonial society, complete with their billiard playing and brandy swirling which seemed so out of place with their mandarin dresses, conical hats, and black pigtails.

Like the Sultans, these “Queen’s Chinese” were opposed to Malaysia’s independence. Unlike the sultans who kept their opposition silent, those Chinese were very vocal. There were also many Malays who were similarly not too enthused about independence, in particular Dato’ Onn Jaafar. His opposition however, was not with the principle but the timing, feeling that the country was not as yet ready.

In many ways the Queen’s Chinese embrace of colonialism was akin to the earlier Malay acceptance of Islam. Those Chinese successfully integrated into colonial life while maintaining at least outwardly their Chinese traditions. Consequently they were among the most successful communities at the time of independence.

We can only speculate as to the reasons for the muted Malay reaction to British colonialism. Perhaps our earlier enthusiastic embrace of Islam “immunized” us against the subsequent influences of similar monotheistic faiths. Or perhaps after our earlier sour experiences with the Portuguese and Dutch (typified by the expression “Dutch deal”) the British looked so much more tolerable in comparison.

At any rate it was enough for a critical commentator at the time, Munshi Abdullah, to lament what it was that made Malays not in the least curious and eager to learn from a society that was so far ahead of us. We were not even in awe at how British minds could build such wonderful things as a steel warship. They could make steel float! This lack of curiosity prevented Malays from taking advantage of what the colonials had to offer. And they had a lot!  We would subsequently pay dearly for that neglect.

14 thoughts on “Going soft on Light, Raffles, Swettenham and the Lot”