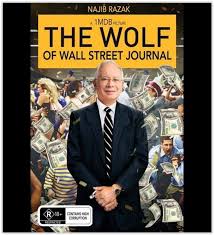 Beleaguered Malaysian Prime Minister Najib Razak has effectively been cleared by the country’s anti-corruption body, following a financial controversy that has shaken the legitimacy of his government. The Malaysian anti-corruption commission (MACC) announced that $US700m in accounts held by the Prime Minister had come from donors – not, as has been alleged, from the debt-laden state development fund, 1Malaysia Development Berhad (1MDB).

The MACC investigation found the funds deposited into the accounts of the Prime Minister were a “contribution from donors, and not from 1MDB”, the commission said in the statement on Monday. However the commission did not provide any further information regarding the identity of the donors, or how the funds were spent. 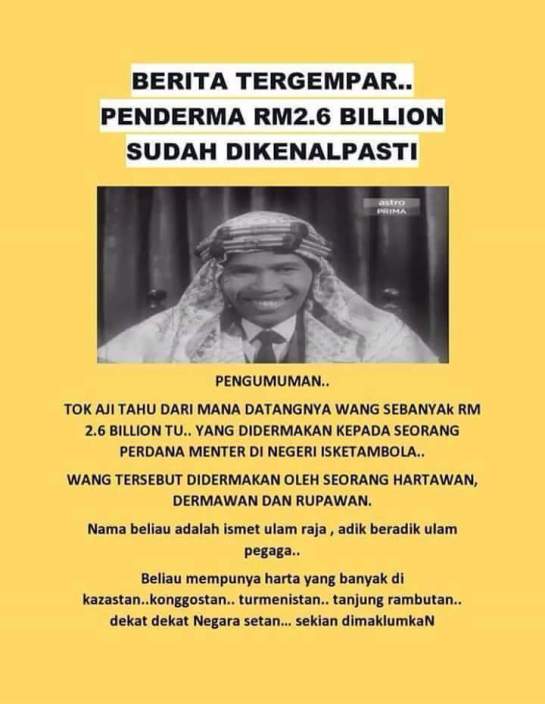 1MDB released a statement on Tuesday restating its innocence. “1MDB welcomes the clear statement from the Malaysian anti-corruption commission, which confirms that no funds from 1MDB were transferred to the Prime Minister,” it said.

The Prime Minister has repeatedly denied using the funds for personal gain, but not receiving the money into accounts in his name.

Since the allegations have emerged, the Prime Minister has come under increasing pressure to contain the scandal, and has sought to remove those who have challenged him.

In what was seen by critics as an attempt to consolidate his power base, Najib last week dismissed the Deputy Prime Minister Muhyiddin Yassin, a vocal critic, and the attorney general after they urged him to respond publicly to the 1MDB allegations.

“Members of the cabinet should not air their differences in an open forum that can affect public opinion against the government and Malaysia,” Najib said in a televised statement announcing the removal of his deputy and four other cabinet members.

Before his removal from office three months shy of his scheduled retirement, attorney general Abdul Gani Patail was one of four officials leading the 1MDB investigation, alongside individuals from the anti-graft commission, Malaysian police and the Malaysian central bank.

Prior to his dismissal Gani confirmed he had received documents from investigators that linked Najib to the 1MDB fund.

In the days preceding the sackings, the Malaysian government also appeared to be cracking down on dissenting voices in the media, suspending the licenses of two publications that had been extensively reporting the 1MDB scandal.

Citing a letter from the Malaysian Home Ministry, the Edge Media Group, which owns the two publications, said comprehensive reporting of the 1MDB story had been deemed “likely to be prejudicial to public and national interest”.

Accumulated political tensions arising from the 1MDB scandal spilled onto the streets of Kuala Lumpur this weekend, with protests calling for Najib’s resignation taking place in front of the Sogo shopping centre on Saturday afternoon.

The 29 people arrested are reportedly facing charges of joining an unlawful assembly under section 143 of the penal code, which carries a maximum 20-year jail term.

While effectively clearing Najib of involvement in the scandal, the conclusion by the anti-graft commission has left many questions unanswered, with critics urging the MACC to reveal the identity of the donors. 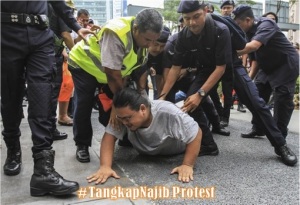 “In my view, the statement by MACC still causes me concern as it means whoever donated such large sums is likely to expect benefit,” said lawyer Ambiga Sreenevasan, who heads the National Human Rights Society.

“I am sure this announcement by the anti-corruption agency sets the stage to clear Najib of any wrongdoing,” said Rafizi Ramli, a lawmaker with the opposition People’s Justice party.

“But it will not be able to quell public anger and mistrust over the matter.”

The investigation into the 1MDB scandal is ongoing, with the commission also heading a probe into SRC International, a former 1MDB subsidiary also identified as depositing funds into the Prime Minister’s accounts.