The Greek Lesson: Neither a borrower nor a lender be

Polonius:
Neither a borrower nor a lender be,
For loan oft loses both itself and friend,
And borrowing dulls the edge of husbandry.

“NEITHER a borrower nor a lender be.” This famous quote in the play Hamlet makes Shakespeare as relevant as ever.

Of course, it is quite inconceivable how the modern economy could operate without companies getting loans from banks and investors. But it has also become clear that the mountains of debt owed by families, companies and governments threaten not only to derail but also swallow up whole economies.

The bad management of debt, whether by those who borrow or those who lend, can cause societies to be throttled by recession, job losses and social chaos for years on end. 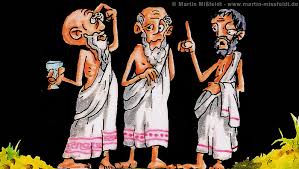 Even they can’t save Greece

“In the worst cases, indebted countries can lose their sovereignty and have their policies subjected to the demands and fancies of creditors, who may have no hesitation to dominate and humiliate those they lent to and who could not repay.

Angela Merkel will show the way

This surely is a major lesson from the current tragedy of Greece that continues to be played on our TV screens and in daily news reports. After years of austerity policies imposed by its creditors, the situation deteriorated rather than improved. The economy’s output had dropped 25%; the unemployment rate had shot to over 30%; poverty is rampant; and many families can no longer afford health care.

Early this year, the people voted in a party that advocated an anti-austerity programme. Five months of negotiations with its creditors (European countries, the European Central Bank and the International Monetary Fund) did not yield any positive results. Instead, there was increasing acrimony between both sides.

The Greek banks began to run out of cash when the European Central Bank stopped the flow of new cash to them. Since Greece does not have its own currency, it depends on the ECB for the supply of euros. When the banks were thus forced to close, and each person was limited to withdraw only €60 daily from ATM machines, there was high pressure on the radical Greek government to give in.

Though he won a vote of ‘no to the austerity demands’ in a referendum, within a few days Prime Minister Alexis Tsipras had to swallow his pride and negotiate with the other European leaders to get new bailout funds.

His government could have opted for “Grexit”, to leave the Eurozone and go back to issuing its own currency and thus regaining control over its monetary independence and economic policies.But most of the public wanted to stay with the euro, and reverting to its own currency also comes with risks. Thus, the Greek Premier’s main aim was to stay in the eurozone, and the price was to accept the demands of the hard-liners among the other European countries, especially Germany.

In return for €86bil (RM354bil) of new bailout funds, he had to agree to an even tougher policy package than offered by the same creditors a week ago. Much of the new funds will go to repaying existing debt and thus will not be used to revive economic growth. Instead, growth prospects will be undermined by new austerity measures such as a rise in value-added tax and pension cuts.

Proceeds from privatisation of state assets up to €50bil (RM206bil) are to be put in a fund to repay debts and recapitalise banks and will be managed by creditors, who will also supervise the implementation of agreed policies.The Greek Premier and his Finance Minister protested for most of the all-night July 12 summit of European leaders, but eventually caved in on almost all points.

The debtor was utterly humiliated. The hard-line creditor leaders were extremely cruel. This was the conclusion of some of Europe’s main commentators. Reported the Financial Times: “They crucified Tsipras in there,” a senior Eurozone official who attended the summit remarked. “Crucified.”

In an article entitled “The euro family has shown it is capable of real cruelty”, Suzanne Moore in The Guardian said: “The euro family has been exposed as a loan-sharking conglomerate that cares nothing for democracy. “This family is abusive. This ‘bailout’, which will be sold as being a cruel-to-be-kind deal is nothing of the sort. It is simply being cruel to be cruel.”

The Greek leaders had been ready to adopt the new austerity measures, in exchange for debt relief. Instead, they had to accept even more stringent austerity and privatisation policies and did not get debt relief or even debt restructuring due to the objections of Germany and others.

The IMF, one of the creditor institutions, has now shocked the public by releasing the memo it had presented to the European leaders during the weekend of the fateful 12 July summit.

The memo estimated that Greece’s debt would go up to 200% of its economic output in the next two years, well above the 127% at the start of the European crisis.

This implies a worsening of Greece’s financial situation despite the austerity policies it has to endure, and shows the policies are inappropriate.

The IMF argues that only through large-scale debt relief could Greece’s debt be made sustainable. It advocated debt relief measures “that go far beyond what Europe has been willing to consider so far.”

These are the same points that the Greek leaders had been arguing, but unsuccessfully. The European leaders also ignored IMF advice. For years the rich countries have imposed the same austerity measures on indebted developing countries, which depressed their economies and got many of them deeper into debt.

After decades, when it was clear the debts could not be repaid, debt relief was finally given to some 20 highly indebted developing countries, but their people had already suffered and their economies still did not fully recover.

It is now the turn of Greece to learn the lesson that creditors can be and usually are cruel almost beyond belief.The Greek tragedy is still being played out. The drama continues. The people of Greece are very frustrated and angry. Nobody knows what the ending will be.

18 thoughts on “The Greek Lesson: Neither a borrower nor a lender be”