The discredited idea of race

Let’s be clear – the melee at Low Yat Plaza last weekend was racially motivated, because the thugs were clearly going after the Chinese around there, not sparing even the journalists covering the commotion. But it would be a grave mistake to label it as a ‘racial riot’, for there has been no retaliation on the part of the Chinese; even the wider Malay community has condemned the incident and urged calm.

It is therefore of utmost importance that the general public refrain from provoking the situation further by lashing out at others with a racially-charged tone. For instance, what purpose does it serve if the non-Malays tar the entire Malay community with the same brush? It would only alienate those who are equally disgusted by the hooligans in their midst and, worse, push some of them onto the brink of extremism.

An eye for an eye only makes the world go blind. Enough said. Then again, what is a race? Once, a Malay friend asked me: “I just met a distant relative, also a Muslim and Malay, but he looks so Chinese to me. Why?”

“Ya lor, why ah? Did you ever ask why the Sultan of Johor has a very Eurasian face but is still a Malay?” I threw the question back to her, and she looked puzzled. (Although I am not so sure if the royals would often speak Malay among themselves to qualify them for being Malay as one of the criteria set out in the constitution!)

To me, race is never genetically determined but socio-politically constructed. Taiwanese, for example, are culturally Chinese but they are now possessed of a very different identity from the mainland Chinese due to the socio-political development over the last three decades. More and more Taiwanese now desire a distinct ethnicity that would mark them out from China. Nearly two decades after the handover from the British in 1997, there are noticeable signs that Hong Kong is heading in the same direction. 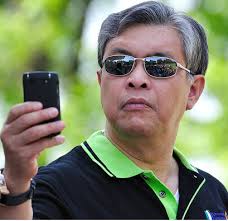 Meanwhile, there are still a sizeable number of Japanese who were left behind in China after World War II and adopted by Chinese parents. Some eventually ‘returned’ to Japan as adults but found themselves unable to fit into contemporary Japanese society. One can’t blame them, for they had been raised as Chinese all their life.

Similarly, why would a Ceylonese Tamil be so eager to differentiate him or herself from an Indian Tamil despite the virtually identical language, food, culture and religion shared between them? Years ago, when I was a language student in Germany, there was a classmate from Russia who happened to be of German ancestry. He told us his grandparents were born in Kaliningrad (Koenigsberg), an erstwhile Prussian territory acquired by the Soviets after the Third Reich was ended, but he would grow up feeling more Russian than German.

What made the discussion even more interesting was that our lecturer was a Dutch national who was born and raised in West Berlin, and a native German speaker!

Given her experience of growing up in a purely German environment, the lecturer could have claimed herself to be a ‘true-blue’ German while the Russian-born classmate could not. But would any DNA test produce a result that says one is German while the other Dutch, other than stating the obvious that they are all Caucasian?

A belief in essential differences

Back to Malaysia. The myth of a pure race is so strong that everybody has an ideal imagination of his or her own race. A belief in essential differences between ‘us’ and ‘them’ is a given, and these differences, often concocted rather than real, are perceived as natural and inherited. The much-touted and ‘celebrated’ multiculturalism is hence simultaneously a blessing and a curse, for we are compelled to constantly identify ourselves against others.

The state does not help either, as it excels at exploiting the ethnic differences for its own purpose. With the constitutional definition of the Malay race, it has created a hierarchy within which the Malays are deluded into developing a sense of entitlement. So when a Malay youth is out of job, he or she may not know how to question the government’s employment policy or even the corrupt government itself, but vents his or her anger at the non-Malays.

“At least I am a bumi.” So he or she would reason, and this is also how populists such as Mahathir Mohamad relish in reinforcing the delusion for their own not-so-hidden agenda. It is not too dissimilar from the poor and jobless white youth in America who take delight in beating up the non-whites for ‘stealing jobs from us’, instead of challenging the exploitative and unjust capitalist model that the Republicans hold dear.

Saying “get real, dude, this is a white country and at least I am white” is the only way for them to assert their identity and compensate for their lack of social skills. In UMNO-controlled Malaysia, one can easily replace the word ‘white’ with ‘Malay’ and the implications remain valid.

The same goes with the Chinese, because they are brought up thinking every success is based on their own merit, so much so that even Ling Liong Sik was rich enough to claim his son to be ‘a self-made billionaire’. Not to mention the unspoken habit of the Chinese suppliers in charging the Malay customers more simply for being ‘a victim of the Malay government’.

It is this obsession with ‘a same race with shared moral tendencies and natural affinity’ that prompted the Chinese Malaysian netizens to cry out “we Chinese must unite against them” in the aftermath of the ruckus at Low Yat Plaza, rather than a common stance against violence and racism. Didn’t they know the police who were risking their own safety to control the mob and prevent more untoward incidents are Malay, too?

When would Malaysians learn to stop fighting racism with racism? Race is really a socio-political construct with a clear intention to create a hierarchy for exploitation, manipulation and domination, much as how the colonialists once justified slavery and subjugation based on ‘racial differences’.

Biologically, I may be determined to belong to the Mongoloid race, but there really isn’t a way to conclude genetically if I am Chinese, Korean, Mongol or Japanese. After all, if I met an accident and needed urgent blood transfusion, what would truly matter is if the right – human of course – blood type could be found, not Chinese, Indian, Malay or even Malaysian blood.

13 thoughts on “The discredited idea of race”