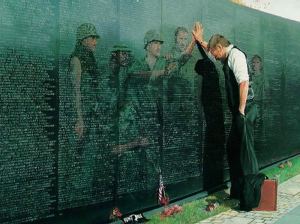 MY COMMENT: PEMANDU has done a lot to promote Najib’s Transformation agenda. But what has it really achieved apart from talk and spin by Minister Idris Jala?  There is a huge gap between rhetoric and reality. ETP is all talk. If  we judge Jala by results, PEMANDU is a failure. It should, therefore, be disbanded.

In the past, we have relied on professionals in the Economic

Planning Unit, Prime Minister’s Department, to do the job and they did a very credible job, judging from what was accomplished in terms of economic growth and development. What can PEMANDU and its external consultants do that the EPU cannot do better in terms of dealing with macro economic challenges we face today? EPU should be asked to get the job done.

I have been talking to some friends in Washington DC after the East-West Centre forum on June 27, 2013, and they tell me that it is important that Malaysia undertakes a thorough review of the revenue and expenditure sides of our national budget before introducing the GST and other new taxes, and develop a realistic plan for structural reform. The economy must take top priority since things are likely to get worse in 2014.-–Din Merican

Use the EPU in stead of PEMANDU

One lingering criticism against Prime Minister Datuk Seri Najib Razak, following the disappointing performance of the Barisan Nasional in GE13, is how he has allowed government thinking and the election strategy to be outsourced to PEMANDU and consultants.

Without much encouragement, UMNO politicians and even those in the PM’s inner circle of businessmen can rattle off the names of those whom they believe Najib relied on too heavily in the last 24 months before the general election on May 5.

These include Datuk Seri Idris Jala of the Performance Management Delivery Unit, or PEMANDU, a government outfit whose collection of highly-paid consultants were unsuccessful in persuading Malaysians that the crime situation had improved and that jaw-dropping economic statistics were not pie-in-the-sky hyperbole.

Then there were the likes of Omar Mustapha, his brand advisers, his media strategists including some highly paid former members of Tony Blair’s election team.

Since May 5, there has been mounting pressure from Dr Mahathir Mohamad, Tun Daim Zainuddin and other senior UMNO personalities for Najib to get rid of all his strategists and take control of government decision-making.

They and other critics in UMNO would not have been pleased with what happened two Wednesdays ago, on June 19, when the Prime Minister, his Cabinet colleagues and the Chief Secretary of the government sat through several hours of presentation by Idris and a collection of individuals being shaped up as the government’s new brains trust. The next day, the experts’ panel appeared before Deputy Ministers, Secretary-Generals from 21 ministries and other senior civil servants.

The Malaysian Insider understands that at the workshop on June 19, Idris Jala did an analysis of the GE13. He also touched on the issues raised by the public before the polls and looked at the trend of voting among Chinese and urban voters.

He also looked forward to GE14. The brains trust identified racial polarisation, distrust in public institutions, the different education streams, rising crime and corruption as issues that may have affected BN’s performance.

The main takeaway from the session with Najib and the Cabinet was that the government must:

The general feeling was that the Najib administration must do a better job of communicating its policies and getting the same message out to the public.

This observation will invite chuckles because more than any other

Malaysian Prime Minister, Najib has surrounded himself with several local and foreign media advisers; has embraced social media tools and has an army of cybertroopers and bloggers at his disposal.

Word about the existence of this new group of advisers and Najib’s continued reliance on Idris and PEMANDU has already started making its way around, earning the ire of some UMNO bloggers.

They have started sniping about the individuals on the brains’ trust panel – Omar and Idris – pointing out that they are likely to infect government’s policies with more liberal ideas like abolishing the Internal Security Act and more grand-sounding policies which will undermine the position of the Malays in the country.

If Najib liberalises the economy or inks the controversial Pacific Trade Agreement with The United States or adopts any ideas pushed forward by these “new advisers”, he will come under renewed pressure from those who believe the way forward for him and BN is simple: focus on the Malay vote and on what UMNO wants.

They believe that throwing money at Malaysians is a discredited strategy, given that 51 per cent of the electorate voted for Pakatan Rakyat. What they truly want is a return to the days of Dr Mahathir Mohamad, who basically charted the way forward for the country with his own brand of economics, often against conventional wisdom and most certainly without a battery of consultants.

A recent online poll conducted by an UMNO blogger showed that more than half of the respondents wanted Dr Mahathir to govern the country, with Najib nowhere close. Expect the Maharistas to sabre-rattle and pressure Najib with the UMNO elections due in October.

So much ‘pressure’ is being put by the federal government on the opposition Pakatan Rakyat pact to accept the outcome of the May 5, 2013 general election if the latter is serious about ‘national reconciliation’.

Prime Minister Najib Tun Razak has even gone on to say that Pakatan’s acceptance of the 13th general election result is the ‘main premise’ for reconciliation.

So much ‘pressure’ is being put by the federal government on the opposition Pakatan Rakyat pact to accept the outcome of the May 5, 2013 general election if the latter is serious about ‘national reconciliation’. – See more at: http://www.freemalaysiatoday.com/category/opinion/2013/06/30/getting-serious-on-national-reconciliation/#sthash.8LRxmlfH.dpuf

19 thoughts on “Use the EPU in stead of PEMANDU”