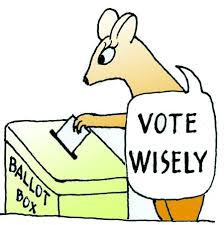 The coming 13th general election will be a critical one deciding the fate of the people and this nation. Malaysia’s Buddhist organisations, in the spirit of upholding Buddha Sakyamuni’s compassion and wisdom, call on all Malaysian Buddhists as well as the political parties participating in this election to:

(1) Step forward and fulfill one’s duty as a citizen; to vote in earnest and with responsibility to elect a government that will bring advancement, harmony and equity in serving the people of different races and faiths.

(2) Follow Malaysia’s founding spirit which emphasise on unity and the mutual prosperity of all ethnic groups. Whichever political party that comes into power, the ruling government must assure that the resources are equally distributed and that racial, religious and educational issues shall not be manipulated by political parties as tools to polarise the people.

(3) Encourage religion which has the effect of purifying the society and our hearts. We seek the ruling government to protect the constitutional rights of freedom of religious beliefs, put to a stop the marginalisation of non-Islamic religious education and accord fair treatment to religious development.

(4) Ensure Malaysia shall maintain its status as a secular country, pursues a policy of separation of religion and state. The ruling government must also ensure that the Federal Court is the highest source of adjudication in all matters.

(5) Ensure that the political parties must be genuine in curbing the malpractices within current electoral system, including money politics, vulgarism and abusive language should not be engaged during campaigns.

Politics is everybody’s business as political parties and politicians’ words and deeds affect the social life of the people. Let’s elect an ideal government.

6) Urge the political parties and people throughout the country during the election period to be more action oriented in the decision-making with compassion to curb violence and more wisdom to reduce ignorance.

Vote wisely as their decisions will make a difference. Let’s all be united together to build a better tomorrow. May our nation be blessed with prosperity, happiness and peace.