For the first time in the organisation’s history, ASEAN Foreign Ministers failed to issue the normal joint communiqué at the end of their annual meeting last July.

Many people fear the same historic debacle could repeat itself this year and the next. They cite the small size of Brunei Darussalam, this year’s ASEAN chair, and the relative inexperience and geographic location of Myanmar, which will take its turn as ASEAN chair in 2014, as reasons for their concern. They argue that Brunei’s economy depends almost entirely on oil and gas exports. Myanmar is deeply divided ethnically and is one of the poorest countries in Southeast Asia. These weaknesses are supposed to render the two countries vulnerable to political pressure from interested great powers, as, it is claimed, Cambodia was from China last year.

The disputes over sovereignty and jurisdiction in the South China Sea, on which the joint communiqué supposedly foundered, seem only to have escalated. China’s military ability to pursue its claims is reported to have increased, and Beijing’s assertiveness in the pursuit of those claims is said to have intensified.

On these counts, many people view the 2013 and 2014 chairmanships and the future of ASEAN itself with deep pessimism. Yet there is still cause for a touch more optimism.

First, we can safely assume that, as a matter of regional pride and practicality, the ASEAN foreign ministers will not allow an ASEAN ministerial meeting to take place again without adopting a joint communiqué.

Secondly, both Brunei and Myanmar enjoy the services of experienced diplomats. Brunei joined ASEAN in January 1984 and has chaired several ASEAN ministerial meetings, ASEAN summits and other ASEAN-organised gatherings. Spearheaded by the redoubtable second Minister for Foreign Affairs and Trade, Lim Jock Seng, the long-time Foreign Minister, Prince Mohamed Bolkiah, and the Sultan himself, Brunei Darussalam’s leaders and diplomats — and their past performance — should reassure us that Brunei’s chairmanship of ASEAN, which started in January 2013, will proceed without missing a beat.

Myanmar, which joined ASEAN in 1997, or almost 16 years ago, has its share of competent diplomats. Although 2014 will be the first year the country chairs ASEAN as a whole and hosts ASEAN’s most high profile meetings, it has chaired and hosted many ministerial and other high-level meetings in the past.

The issues surrounding the conflicting claims in the South China Sea, which are said to have caused the foreign ministers’ failure to adopt a joint communiqué in Phnom Penh in July 2012, are old ones. Disagreements within ASEAN over the formulation of the paragraphs on the South China Sea have not, in the past, prevented ASEAN from adopting a common position.

Indeed, on July 20, 2012, a few days after their Phnom Penh meeting, the ASEAN Foreign Ministers issued a statement on the South China Sea embodying the basic ASEAN position on the disputes, namely the ‘full implementation’ of the 2002 Declaration on the Conduct of Parties, the ‘early conclusion’ of a Code of Conduct for the area, ‘full respect’ for international law, the exercise of self-restraint and the non-use of force.

This statement of principles was paraphrased in the paragraphs on the 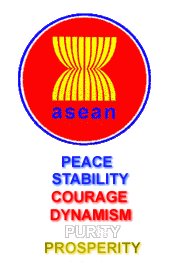 South China Sea in the Chairman’s statement of the ASEAN Summit in November 2012 in Phnom Penh.

Finally, the strongest source of confidence in the leadership of ASEAN in 2013 and 2014 is that it is in the national interest of the major world powers, as well as ASEAN’s member states, that ASEAN remains united on the principles governing the conduct of international relations in Southeast Asia. These principles are consistent both with the values proclaimed by the United States and with the safeguards insisted upon by China.

Rodolfo C. Severino is the Head of the ASEAN Studies Centre, the Institute of Southeast Asian Studies, Singapore. He is a former ASEAN Secretary-General. The views expressed here are solely his own.