My Response to Dato’ Norhaidi of Wisma Putra

I read the purported rebuttal by the Foreign Minister’s Political Secretary which I posted earlier on this blog with considerable concern. It is the latest in a long list of evidence of incompetence and lack of professionalism in our Foreign Ministry, or Wisma Putra as it commonly known.

If anything, the rebuttal exemplifies the proverb ”It’s better to be silent and thought a fool, than to speak up and remove all doubt”  for it only made the Minister look worse than he actually is. Why purported? Well, Dato Norhaidi is not exactly known for his fluency in English.  Therefore, it is unlikely that this rambling rebuttal could be done by him. Furthermore, political secretaries have not been known to do this kind of work.

The rebuttal is more likely to be the work of Ahmad Rozian Abdul Ghani, Wisma Putra’s Undersecretary for Public Diplomacy and External information who was roasted in this blog some months ago. Or it could have been written by the large committee headed by Rozian and approved by Kedah-born Tan Sri Radzi Bin Abdul Rahman,  the Secretary-General?  In any event, I hope that the real author would clarify things for our benefit.

However, it is not fair to lay the blame entirely on the Foreign Minister with whom I have exchanged views and ideas on the hand phone,  and on this blog.  He is after all a politician and not a professional diplomat. The blame must, therefore, be borne by the Secretary -General and his senior officers.

I have on record– and others too–said that the present set up in Wisma Putra is the most dysfunctional ever.  The Minister is unable to manage his senior officers. Thinking that they are quietly rebelling against him, Minister Anifah, a non-Peninsular Foreign Minister,  doesn’t engage his officers. 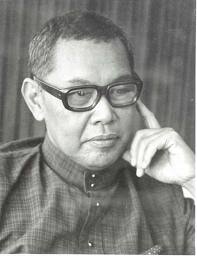 Apparently, even the mandatory weekly meetings, introduced in the 1960s by the legendary King Ghaz (left) as “Friday prayers” where issues are discussed, are a thing of the past.

To make himself look good, he has filled up key positions with sycophants and officers who had served with him rather with officers selected on the basis of merit and expertise. That is how incompetence perpetuates itself, like turtles all the way down.

I am told that even the Minister’s requests to remove incompetent officers are apparently routinely disregarded.In management-speak Wisma Putra would be a good example of a toxic organisation. It’s easy to guess the state of the Ministry. There is a glaring absence of shared purpose and compelling sense of mission.  With incompetence being routinely rewarded, resentment is high and morale low in Wisma Putra today.

Recently, the Secretary-General wrote a piece in the Star entitled “Creating an ASEAN Community”. Although that piece was far superior to his earlier vacuous piece on the Ministry’s consular services, his latest piece also stands an example of his inability to articulate foreign policy issues clearly and cogently beyond cutting-and-pasting diplomatic phrases taken from official communiqués that are designed more to conceal rather than elucidate issues.

Tan Sri Radzi (right) talks about ushering a community by 2015. What does this 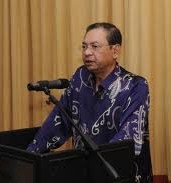 mean for the ordinary Malaysians? We are concerned that we could be at the cusp of a dangerous return to the bad old days when Southeast Asia was referred to as “Balkans of the East”.

As Malaysians, we are very concerned that untrammeled major power rivalry, namely US-China relations vis-a-vis the Asia-Pacific, could wreck peace and stability that we had known for most of our lives.

How would Malaysia, as one of the main claimant states, work with others to ensure that the appalling disunity displayed in April would not be repeated?  Without restoring ASEAN’s autonomy as a zone of peace, freedom and neutrality, looking forward to declaring an ASEAN Community during our Chairmanship would merely be an empty PR exercise that would be bereft of meaning or purpose.

Even if Tan Sri Radzi wishes to talk of the ASEAN Community, he could at least have explained that the ASEAN Community is not envisaged as a copy of the European Community.  If it not going to be like the EU, what then are we, the ordinary citizens to expect?

What do these mean?

“Under the APSC, the member states have pledged to regard their security as fundamentally linked to one another and bound by geographic location, common vision and objectives.”

“When we have an ASEAN Economic Community, we shall see a free flow of goods, services, investment and capital, equitable economic development through reduced poverty and socio-economic disparities. The objective is to turn Asean into a single market and production base by harnessing the diversity that characterises the region into opportunities to turn it into a stronger segment of the global supply chain.” 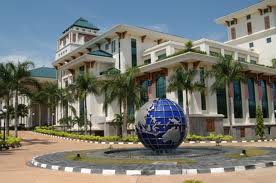 Obviously these conceptual questions are too much for him and the Ministry.

Given the way the Foreign Ministry is run these days, it is highly likely that Malaysia will be able to play any meaningful role in advancing an enlightened Foreign Policy.

2015 is an important year for Malaysia.  As mentioned by Tan Sri Radzi, we will be the ASEAN Chair in 2015. The Foreign Minister also mentioned that Malaysia would seek a non-permanent security council seat for 2015-2016.

It’s best for Wisma Putra if the present Secretary-General moves on quickly and leave in his place a team of officers selected on the basis of their proven ability so that at least we will have at least two years to fully prepare to make sure that we are up to the mark to take on these responsibilities.

17 thoughts on “My Response to Dato’ Norhaidi of Wisma Putra”