Recent Asian political history provides us with some useful examples of effective leadership. However, the list, sadly, is not long.

WITH a general election in the offing, Malaysians are quite naturally thinking a lot about “leadership”.

Recent Asian political history provides us with some useful examples of effective leadership.However, the list, sadly, is not long. Many of the men (and women) who have led our countries have also been deeply flawed.

For example, in the case of Jawaharlal Nehru, his ideas and rhetoric may well have been brilliant but his performance in government was often disappointing, if not disastrous. 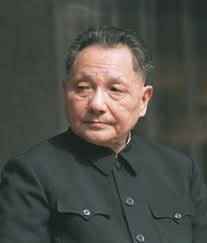 Deng Xiaoping, conversely, stands out among Asia’s leaders. He’s also the subject of a recently published biography by the academic Ezra Vogel, Deng Xiaoping and the Transformation of China.

First, Deng did more to alleviate global poverty than anyone else in the past century. According to Bloomberg, more than 250 million Chinese escaped poverty during his stewardship.

Described by Mao Zedong as a “needle inside a ball of cotton”, the Szechuan province-born Deng rose to the top of the Chinese Communist Party (CCP) and its Politburo after a long, arduous process, including two periods in political wilderness, the first of which was the Cultural Revolution.

By 1978, when he was returned to the centre of power, China was at its lowest ebb. As Vogel wrote: “The average per capita income of Chinese peasants, who made up 80% of the population, was then only US$40 per year (RM124). The amount of grain produced per person had fallen below what it had been in 1957.”

But China was lucky to have Deng at this critical juncture. By the late 1970s, Deng had accumulated more than 50 years of experience at the heart of the CCP, the military, high-level diplomacy and governance.

Deng was experienced, wily, determined and above all, extremely pragmatic.Moreover, his family’s personal tragedy during the Cultural Revolution – his son Deng Pufang was crippled after being beaten by the Red Guards – made his desire to stabilise and strengthen China all the more intense.

Deng was lucky enough to have met and worked with outstanding leaders. For example, while studying in France in the mid-1920s, he was to forge a critical friendship with Zhou Enlai, who – in turn – grew to respect the diminutive but rock-solid Deng.

Similarly, in the years when the Communists were battling the Nationalists, Deng assumed a vital military role – leading men into battle; motivating, coordinating and administering hundreds of thousands troops, their supplies and their relations with the local communities.

His most enduring success was the Huaihai Campaign of 1948, after which the Communists were able to cross the Yangtze River without resistance, dealing a fatal blow to the Kuomintang and endearing Deng to Mao himself.

So while Deng is better-known for his achievements in the economic sphere – especially his transformation of the coastal provinces in the late 1970s and early 1980s – there’s no denying that his military experience in the field equipped him mentally to lead under pressure.

Having endured the chaos of the Cultural Revolution, Deng was understandably wary of relaxing political controls. He was no democrat. Instead, he saw discipline and loyalty to the CCP as absolutely critical.

Indeed, Tiananmen Square was proof his unshakeable belief in both the primacy of the CCP as well as the need for political stability at all costs.

Whilst we may disagree with what he did, there’s no denying his steadfastness.

Deng was detailed and meticulous in all matters – managing China’s administration with a firm hand.Fortunately, his international exposure at an early age meant Deng was open to foreign ideas and when it was time for him to lead China; he was ready to embrace the world beyond the Middle Kingdom.

So what can Deng teach us about leadership? I think the following lessons can be drawn:

His legacy is something Malaysian leaders should not ignore.