Ten months ago, the United Nations Security Council, with no dissent, authorized the use of “all necessary measures” to protect civilians at imminent risk of massacre in Colonel Muammar el-Qaddafi’s Libya. Those lives were saved – and, if the Security Council had acted equally decisively and robustly in the 1990’s, so might those of 8,000 others in Srebrenica and 800,000 in Rwanda.

responsibility to protect (“R2P”) principle, unanimously embraced by the world’s governments in 2005. Its core idea – countering centuries of treating sovereignty almost as a license to kill – is that states must protect their own people from genocide and other mass atrocity crimes. If they manifestly fail to do so, the international community has the responsibility to act – by persuasion, if possible, and by coercion, if necessary.

Now, ten months later, the Security Council is paralyzed over Syria, unable to agree not only on the extreme step of military force, but even on lesser coercive measures like targeted sanctions, an arms embargo, or referral to the International Criminal Court. That inaction comes despite a death toll of well over 5,000 and an outlook even worse than in Libya early last year.

The hesitation partly reflects the very different geopolitics of the Syrian crisis: potentially explosive regional sectarian divisions, no Arab League unanimity in favor of tough action, a long Russian commitment to the Assad regime, and a strong Syrian army, which would make any conceivable military intervention difficult and bloody. 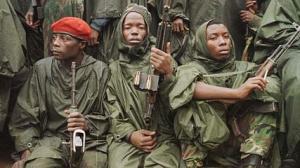 But there is more to it than that. Security Council consensus about when and how to apply R2P, so evident in February and March 2011, has evaporated in a welter of recrimination about how the NATO-led implementation of the Council’s Libya mandate “to protect civilians and civilian populated areas under threat of attack” was carried out.

Leading the critical charge have been the “BRICS” (Brazil, Russia, India, China, and South Africa). Their complaints are not about the initial military response – destroying the Libyan air force’s infrastructure, and air attacks on ground forces advancing on Benghazi. Rather, they object to what came after, when it rapidly became apparent that the three permanent Security Council’s members driving the intervention (the United States, the United Kingdom, and France) would settle for nothing less than regime change, and do whatever it took to achieve it.

In particular, concerns have been raised that the interveners rejected ceasefire offers that may have been serious, struck fleeing personnel who posed no immediate risk to civilians, and attacked locations that had no obvious military significance (like the compound in which Qaddafi’s relatives were killed). More generally, the Western powers, along with Arab states like Qatar, comprehensively supported the rebel side in what rapidly became a civil war, ignoring an explicit arms embargo in the process.

The US, the UK, and France are quick with some answers. Protecting civilians in areas like Tripoli that were under Qaddafi’s direct control, they argue, required overturning his regime. If one side was supported in a civil war, it was because a regime’s one-sided killing sometimes leads civilians (as in Syria) to take up arms to fight back (and to recruit army defectors). Moreover, military operations cannot be micromanaged with a “1,000-mile screwdriver.” And a more limited “monitor and swoop” concept of operations would have led to a longer and messier conflict in Libya, which would have been politically impossible to sustain in the US and Europe, and likely would have produced many more civilian casualties.

These arguments all have force, but the US, the UK, and France resisted debating them in the Security Council, and other Council members were never given sufficient information to enable them to be evaluated. Maybe not all of the BRICS are to be believed when they say that more common ground could have been achieved had a better process been followed. But the Western powers’ dismissiveness during the Libyan campaign did bruise them – and those bruises will have to heal before any consensus can be expected on tough responses to such situations in the future.

The better news is that a way forward has opened up. In November, Brazil circulated a paper arguing that the R2P concept, as it has evolved so far, needs to be supplemented by a new set of principles and procedures on the theme of “responsibility while protecting” (already being labeled “RWP”). Its two key proposals are a set of criteria (including last resort, proportionality, and balance of consequences) to be taken into account before the Security Council mandates any use of military force, and a monitoring-and-review mechanism to ensure that such mandates’ implementation is seriously debated.

Initial reaction among the US, the UK, and France was almost contemptuous: one could almost hear their leaders sneering, “These countries would want all of those delaying and spoiling options, wouldn’t they.” But that attitude has begun to soften – as it must. Brazil, for its part, has indicated willingness to refine its proposals to make them more workable and broadly acceptable.

Renewed consensus on how to implement R2P in hard cases may come too late to help in Syria. But everyone understands that the alternative to Security Council cooperation is a return to the bad old days of Rwanda, Srebrenica, and Kosovo: either total inaction in the face of mass atrocity crimes, or action outlawed by the UN Charter. After all that has been achieved in the last decade, such an outcome would be heartbreaking.

Gareth Evans, former Australian Foreign Minister and President Emeritus of the International Crisis Group, is the author of The Responsibility to Protect: Ending Mass Atrocity Crimes Once and For All.

6 thoughts on “Responsibility while Protecting”