NO Telco and Internet Services on BERSIH2.0 Rally Day 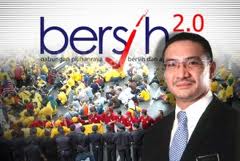 If the following report from Malaysiakini is true, then this blog too will be out of action on  BERSIH2.0 rally day, July 9, 2011. This means we will be incommunicado. This is regrettable as I won’t be able to give you any report on BERSIH activities and to entertain you over this weekend.

The people in the mainstream media and television, I assume, are lucky as they will be in full gear, giving us their own spin on the rally. July 9 will be a sad day for democracy in Malaysia.–Din Merican

With less than 48 hours to the BERSIH 2.0 rally, the movement now claims to have received information that the mobile phone networks and Internet services would be suspended this weekend.

In a statement today, the BERSIH2.0 steering committee said that such measures to frustrate the rally would make the authorities no different from Middle-Eastern dictators.

“BERSIH2.0 is alarmed by intelligence that there might be a full or partial clampdown on the Internet as we approach this weekend”.

“BERSIH2.0 warns the Federal Government that should access to the mobile phone networks, the Internet, mobile 3G services, specific websites or social media be compromised in any way, then the authorities will look absolutely no different from the Middle-Eastern dictators who have used the same measures with no success whatsoever,” it said.

The steering committee said repression, intimidation and other obstacles will not deter the movement’s resolve to gather at Stadium Merdeka at 2pm on Saturday.  “After which, we will disperse just as peacefully,” read the statement.

Should any of such repressive measures come into effect, the authorities would be seen as desperate and show an inclination towards unwarranted extremes in preventing free and fair elections, it said. 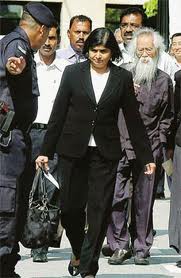 Meanwhile, the steering committee is also urging the rally participants to enter Kuala Lumpur today or tomorrow in view of an expected tight clampdown of the city centre by tomorrow.

“Observing the shocking fact that bus permits to Kuala Lumpur have already been frozen, plans seem to be well in place to make entering (the city on Saturday) as difficult as humanly possible,” the statement said.

The Police have been mounting roadblocks during rush hour traffic since yesterday, ostensibly to check for weapons and weed out possible protestors.

However, Syed Hamid said that this was not a new directive in view of the rally and that it was a policy not to issue such permits during non-festival seasons. After being granted an audience with the Agong, BERSIH2.0 has agreed to government suggestions to hold the rally in a stadium and not on the streets.

23 thoughts on “No Telco and Internet Services on BERSIH2.0 Rally Day”