The Constitution of Liberty

The Definitive Edition. (The Collected Works of F. A. Hayek, Volume XVII.)
by Friedrich. A. Hayek, edited by Ronald Hamowy 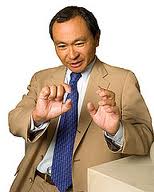 The publication of the definitive edition of Friedrich A. Hayek’s “Constitution of Liberty” coincides with the unexpected best-seller status of his earlier book “The Road to Serfdom” as a result of its promotion by the conservative talk-show host Glenn Beck. In an age when many on the right are worried that the Obama administration’s reform of health care is leading us toward socialism, Hayek’s warnings from the mid-20th century about society’s slide toward despotism, and his principled defense of a minimal state, have found strong political resonance.

The new edition of “The Constitution of Liberty,” which was first published in 1960, differs from the original primarily insofar as the extensive endnotes in the original edition have now been placed at the bottom of the page and heavily annotated by the editor, Ronald Hamowy. The notes, often more extensive than the text itself, make clear the extraordinary breadth and depth of Hayek’s erudition, and his ability to wander far beyond economics into history, philosophy, biology and other fields.

Unlike Beck, Hayek was a very serious thinker, and it would be too bad if the current association between the two led us to dismiss his thought. Hayek always had problems getting the respect he deserved; even when he was awarded the Nobel in economic science in 1974, the awards committee paired him with the left-leaning economist Gunnar Myrdal.

With the passage of time, however, many of the ideas expressed in “The Constitution of Liberty” have become broadly accepted by economists — e.g., that labor unions create a privileged labor sector at the expense of the nonunionized; that rent control reduces the supply of housing; or that agricultural subsidies lower the general welfare and create a bonanza for politicians.

His view that ambitious ­government-sponsored programs often produce unintended consequences served as an intellectual underpinning of the Reagan-Thatcher revolution of the 1980s and ’90s. Now that the aspirations of that revolution are being revived by Tea Partiers and other conservatives, it is useful to review some of the intellectual foundations on which it rested.

observation summarized in a 1945 article called “The Uses of Knowledge in Society.” There he argued that most of the knowledge in a modern economy was local in nature, and hence unavailable to central planners. The brilliance of a market economy was that it allocated resources through the decentralized decisions of a myriad of buyers and sellers who interacted on the basis of their own particular knowledge. The market was a form of “spontaneous order,” which was far superior to planned societies based on the hubris of Cartesian rationalism.

He and his fellow Austrian Ludwig von Mises used this argument against Joseph Schumpeter in a famous debate in the 1930s and ’40s over whether socialism or capitalism offered a more efficient economic system. In hindsight, Hayek clearly emerged the winner.

“The Constitution of Liberty” builds on this view of the limits of human cognition to make the case that no government can know enough about a society to plan effectively. The government’s true role is more modest: to create laws that are general and equally applied; these laws constitute the matrix in which the spontaneous interactions of individuals can occur. (It may, however, surprise some of Hayek’s new followers to learn that “The Constitution of Liberty” argues that the government may need to provide health insurance and even make it ­compulsory.)

There have always been two major critiques of Hayek’s arguments, neither of which are fully answered by a re­reading of “The Constitution of Liberty.” The first comes from the left. Hayek provides a very minimalist definition of freedom as freedom from coercion, and particularly coercion by a central government. But as the economist Amartya Sen has argued, the ability to actually take advantage of freedom depends on other things like resources, health and education that many people in a typical society do not possess.

Moreover, freedom even in this minimal sense can be threatened by a variety of social actors, from wealthy elites to corrupt local governments to large corporations that hold a whip hand over their workers.

A truly free society is not simply one that limits the power of the central government; many times in history, central governments have defended the liberty of non-elites against the coercions of well-­organized local power brokers. In American history, freedom for African-Americans did not evolve spontaneously. It required first a bloody civil war to end slavery and then intervention by the federal government a century later to bring about the end of legal segregation.

A second critique of Hayek has tended to come from the right. He is necessarily a moral relativist, since he does not believe that there is a higher perspective from which one person can dictate another’s ends. Morality for him is more like a useful coordinating device than a categorical imperative. But surely the Western tradition that Hayek celebrates is as concerned with virtue as with freedom, whether from the standpoint of Christianity or that of classical republicanism. One searches in vain through this or any of his other books for a serious treatment of religion or the moral concerns that animate religious ­believers.

In the end, what drove people on the left crazy about Hayek back in the 1950s is the same thing that makes him appealing to a Glenn Beck today. Hayek made the slipperiest of slippery slope arguments: the smallest move toward the expansion of government would lead to a cascade of bad consequences that would result in full-blown authoritarian socialism. If anything, however, the history of the past 50 years shows us that the slippery slope has all sorts of ledges and handholds by which we can brake our descent into serfdom and indeed climb back up. Voters in the United States and Europe took seriously the arguments about the dangers of big government and reversed course after the 1980s. Indeed, the pendulum swung so far backward that financial markets were left dangerously unregulated prior to the financial crisis. President Obama’s return to “big government” didn’t last more than a year before it was met with fierce ­resistance.

In the end, there is a deep contradiction in Hayek’s thought. His great insight is that individual human beings muddle along, making progress by planning, experimenting, trying, failing and trying again. They never have as much clarity about the future as they think they do. But Hayek somehow knows with great certainty that when governments, as opposed to individuals, engage in a similar process of innovation and discovery, they will fail. He insists that the dividing line between state and society must be drawn according to a strict abstract principle rather than through empirical adaptation. In so doing, he proves himself to be far more of a hubristic Cartesian than a true Hayekian.

*Francis Fukuyama is the author, most ­recently, of “The Origins of Political ­Order: From Prehuman Times to the French Revolution.”

10 thoughts on “Hayek’s The Constitution of Liberty reviewed”