Keeping ASEAN relevant to the Young 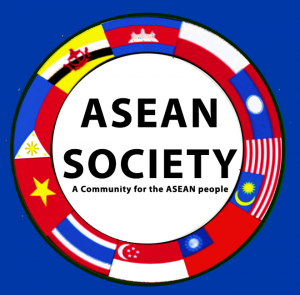 DESCRIBING the colour red to a person who was born blind is perhaps a difficult, if not impossible, thing to do. The same applies to describing the value of peace to someone who has never experienced the horrors of war. That is precisely the problem we face when trying to describe the merits of the Association of Southeast Asian Nations (ASEAN) to the present-day generation of Asean citizens.

We have four years to go before 2015, when all the instruments and institutions of an ASEAN community are meant to be up and running. While the clock is ticking, we are faced with another problem altogether: how to emphasise the importance and relevance of ASEAN to present-day ASEAN citizens, particularly the post-1967 generation, for whom ASEAN — as a multilateral tool among states — has little direct relevance and impact on their lives.

This impression, however, is misleading when we consider the benefits of ASEAN and what it

has managed to do, albeit silently. The present-day generation of ASEAN citizens take it as a given that we live in a region that is peaceful and where conflict is something that happens far, far away. But the historian would step in and remind us that for centuries Southeast Asia has been one of the most violent parts of the world, with clashes between states that go back to the first millennium.

The same applies for Europe, which was a theatre of war since the age of early Christendom all the way to the religious wars of the 16th and 17th centuries, the revolutionary wars occasioned by the rise of Napoleon, the nationalist wars of the 18th and 19th centuries and the First and Second World Wars. The soil of Europe has soaked up so much blood that it is satiated.

Surveys in both regions — ASEAN and EU — have shown that support for both has been higher among the newer member states. The former Eastern European countries that were once part of the Soviet bloc welcomed entry into EU and their populations knew more about the EU than their counterparts in the United Kingdom, France or Germany. 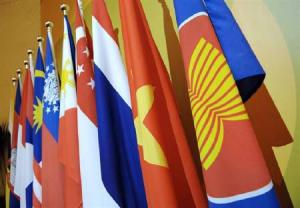 Likewise, the highest levels of support for ASEAN have come from the populations of countries like Vietnam, who are relative newcomers. Sadly, in Malaysia, Thailand, Indonesia and Singapore, ASEAN seems to be something taken for granted by the younger generation.

That this is the case is perhaps understandable, for people often seem less complimentary about what they take as a given. But the younger generation of ASEAN citizens ought to be reminded that they are living in an ASEAN region that is very different from the place inhabited by their parents and grandparents.

Every time I visit Java to lecture at universities there, I am struck by a new phenomenon that was absent three decades ago: young Malaysian or Singaporean backpackers travelling on holiday in Indonesia.

In the 1970s, the only backpackers across ASEAN were Westerners, but today we see the rise of new constituencies, ranging from ASEAN holiday-makers to ASEAN expatriates, travelling freely across a region that is increasingly seen as the common home to all.

As we look to 2015 and beyond, we need to constantly remind ourselves that the ASEAN community is a construct that was the result of protracted diplomacy and political agency, and not an essential or teleologically given fact.

The next (third) generation of ASEAN citizens must renew their interest and commitment to keep the ASEAN idea and ideal alive, in order for it to have continued relevance to our lives and livelihood. The challenges that ASEAN will face are many, and mostly beyond the ambit of speculation.

In the decades to come, ease of movement (with the introduction of a single ASEAN visa, etc) will mean that the circulation of peoples, commodities and ideas will intensify; bringing the region closer together.

Yet, this is a region where local national politics is occasionally prone to bouts of extreme hyper-nationalism, a centrifugal force that threatens the cohesion of ASEAN. In the same way that the EU will fall apart if countries like the UK, France or Germany decide to go their own way, ASEAN may also falter if key members decide to break from the convoy.

Then there is the question of ASEAN’s identity and cohesion as it comes under pressure from external variable agents and actors, which is bound to happen. In the coming decades, ASEAN will have to live with the evident disparity in terms of its military power vis-a-vis countries like China, whose proximity to ASEAN states like Vietnam and the Philippines means that it looms large in their foreign policy calculations.

It is imperative that ASEAN develop a consistent and coherent (though not necessarily homogenous) voice when it comes to dealing with these external factors. Furthermore, Japan, India and, of course, America and Australia will remain as powerful and influential external actors that will likewise impact on ASEAN’s development.

Such considerations may seem academic to most ASEAN citizens, but they are nonetheless important and, in the long run, relevant to us all. The onus is, therefore, upon us — the present-day generation of ASEAN leaders, bureaucrats, technocrats and scholars — to impress upon our fellow citizens the need to keep the ASEAN idea alive post-2015.

Let us not make the fatal mistake of valuing ASEAN only after it falters, for nostalgia and the longing for opportunities missed is merely a reminder of our failures in the present.

3 thoughts on “Keep ASEAN relevant to the Young”